The bicycle has, in recent years, developed from a mere commodity to a weight-optimised ‘lifestyle apparatus’. Most recently, electrification has contributed significantly to this trend. According to the German bicycle industry association ‘Zweirad-Industrie-Verband’ (ZIV) sales of e-bikes in the country increased by 19 per cent last year to a total of 720,000 units.

Electric bike uses high-performance 3D printed triboplasticsContinual advancements in their design are essential make them more appealing. Motors on today’s e-bikes, for example, are about 25 per cent smaller than their predecessors, with a weight of about three kilos. They also operating much more quietly. e-bike tinkerers like Lars Hartmann from Reichshof are not satisfied with that, however. For Lars, the excessive noise of the bicycle chain became unacceptable – the metal sprocket being the root cause. Looking for an engineering plastic alternative, he turned to the igus 3D printing service. 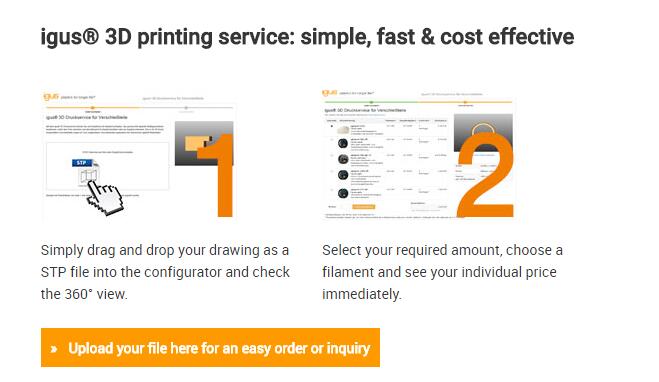 The inventor explains: “The standard metal pinion generates a lot of noise when in use. With the igus online 3D printing service, the appropriate data could be uploaded as a STEP file, the material selected and the desired quantity ordered.” The material he chose was iglidur I3 for selective laser sintering (SLS), which is also suitable for industrial and small batch use. The custom-made parts are not only self-lubricating and maintenance-free but also smooth running and therefore quieter than their metallic counterparts. 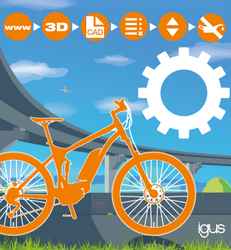 In the igus test laboratory, plain bearings made from iglidur I3 have been compared with common materials for selective laser sintering. In pivoting, rotating and linear motion tests, the parts are at least three times more wear resistant than the standard materials. Lars received the sprockets within a couple of days. They have been in use for two months on two bikes and, he says, the noise level is distinctly lower.