Lattice structures are frequently found in additive manufacturing, as their complex forms are easy to make using 3D printing. The technology also makes it possible to construct them from multiple materials. Because of their high specific strength and stiffness, lattice structures are often used in the aerospace, defense and automotive industries. In a paper entitled “Compressive Behavior of Strut Reinforced Kagome Structures Fabricated by Fused Deposition Modeling,” a group of researchers investigates the compressive performance of modified Kagome unit cells.

Kagome is a type of lattice structure defined by the researchers as “a stretch dominated 3D truss structure derived from the design pattern of a woven basket.” A modified version of Kagome structure is strut reinforced Kagome (SRK), which has been shown to have better compressive properties than standard Kagome. For the study, the researchers used ABS to 3D print SRK structures. 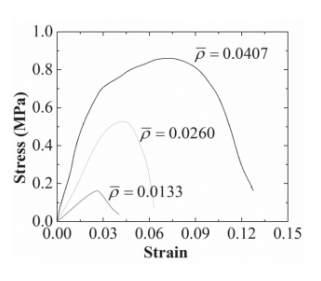 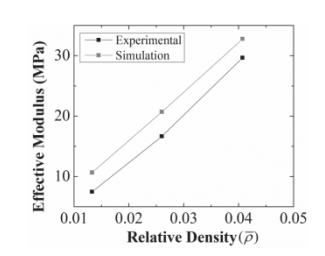 The vertical struts in all the samples started to deform after substantial compression. Plastic bending of the vertical strut results in the distortion of the upper and lower part of the SRK, leading to the deformation of the slanted struts. Further compression leads to the formation of surface cracks on the tensile side of the strut. With further loading, the cracks open, leading to the bending of the structure, additional cracks on all sides, and eventual softening and collapse of the structure.

“The anisotropic material behavior and the porous nature of FDM printed structure have led to the discrepancies in the numerical and experimental results,” the researchers conclude. “The performance of SRK unit structure can be further improved by the variation in diameter of the slanted and vertical struts to optimize it for a given density.”