“iOrthotics produces custom foot orthotics for podiatrists in Australia and around the world,” says iOrthotics Founder and General Manager, Dean Hartley. “Our business model is based on innovation. We’re leading the way in materials, software, hardware, and design processes – with the goal of creating a better, more scalable solution for our growing list of clients.”

Established in 2009 in Mackay, Queensland, Australia, iOrthotics develops custom-made orthotic devices for podiatrists. The company has embraced digital manufacturing processes and uses their capabilities to create orthotic solutions that offer unique advantages to podiatry clinics and their customers. 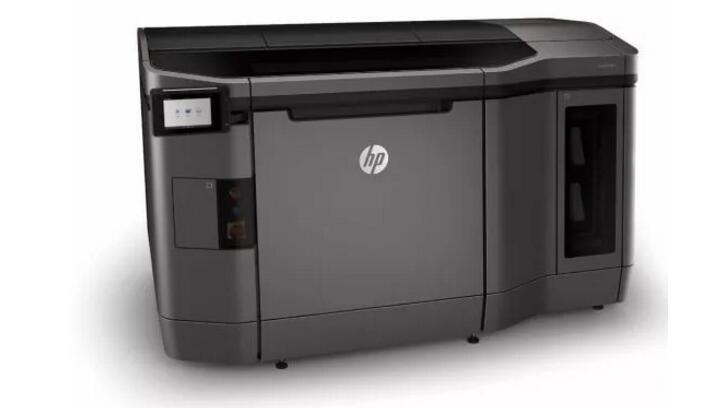 Determine if HP’s Multi Jet Fusion 3D printing technology could enable the development of custom orthotics that are stronger, lighter, and of higher quality than other those made using other manufacturing processes. Then incorporate HP’s technology into a digital workflow that is faster, more sustainable and less expensive, allowing iOrthotics to produce custom orthotics, on demand.

“The goals for any orthotic device are to support the foot, improve foot function and correct alignment,” says Podiatrist, Ian Goodchild. “The traditional way to make them was using plaster of paris casts, which is inaccurate and messy. Often the result was an orthotic that was almost unwearable. The industry needed a better solution.”

Traditional techniques for creating an orthotic started with making a mold. Typically, this involved wrapping the subject’s foot in a plaster of Paris cast. This was uncomfortable and intimidating for patients. It was also inaccurate as the molds were typically taken in a non-weight-bearing position. Further it required podiatrists to have a dedicated “wet room” where casts were applied.

Once a mold was created, orthotics were traditionally made using subtractive manufacturing. The product was either milled using a computer numerical control (CNC) router or through heat forming plastics over a positive cast. Both methods equired skilled labour and a significant amount of finishing. The process was slow and often required multiple fittings to achieve a satisfactory result. Further, the equipment used in traditional manufacturing, including milling machines and grinders, took up a significant amount of space. Perhaps most importantly, subtractive manufacturing processes were also highly wasteful. It often took 1.5 kilograms of material to create a pair of orthotics that weighed a mere 100 grams.

“As a rapidly growing business, we needed to innovate our manufacturing process to keep up with demand,” says Mr. Hartley. It was impractical to continue utilising subtractive milling, which could produce just 30 plastic devices per day. With 3D scanning and printing we saw an opportunity to improve the quality of orthotic devices, while also scaling up our production and reducing the waste involved with traditional methods.”

The first step in creating a digital solution was to enable 3D scanning, removing the need for a plaster of Paris mold. Due to recent advancements in technology iOrthotics and their podiatrist customers were able to implement a 3D scanning solution that enables more exact measurement without the challenges of traditional molds. In addition to being less intimidating and messy, this new technology is more portable, allowing the foot to be measured in a more natural position.

Beyond 3D scanning, the team at iOrthotics needed a way to capture the scanned data and convert it into a computer aided design (CAD) file that could be 3D printed. They developed custom software to automate much of the work involved with designing a print-ready orthotic. Finally, they needed a 3D printing solution that would meet their needs for strength and durability, while also being economically viable. iOrthotics investigated HP’s Multi Jet Fusion technology and found that the materials used and the quality of the product it could produce was superior to other methods. 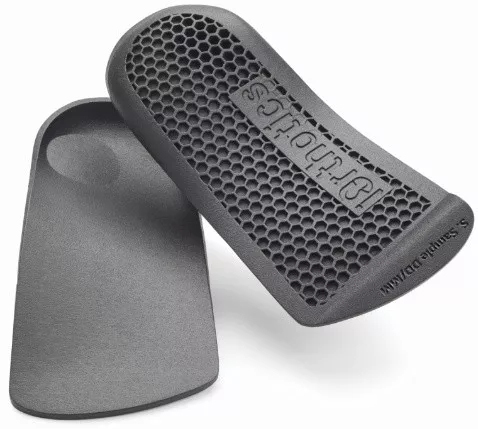 In addition, they found that the equipment would take far less space than traditional manufacturing equipment, allowing them to operate more efficiently. Further, the speed of production would allow them to meet the growth of their business was experiencing. In late 2017, iOrthotics became the first commercial customer in Australia to acquire an HP Jet Fusion 3D 4200 Printing Solution. Once the machine was in place they had all the tools they needed to completely digitize the workflow involved with making custom orthotics.

“Our digital workflow requires far fewer steps,” says iOrthotics Technical Development Manager, Thomas Leahy. “We receive a scan from a podiatrist, load it into our custom a top cover, and we’re done. Traditional manufacturing of orthotics would often take up to 2 weeks from start to finish. We routinely go from scan to shipment in 3-5 days.” 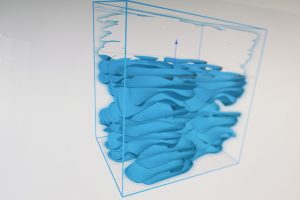 Because of the superior productivity of the HP Jet Fusion 3D printing solution, iOrthotics has been able to triple their output, going from producing 30 orthotic devices per day to producing roughly 90 per day. As demand increases they can add even more capacity. Further, because the new digital workflow is more automated and less labor intensive, iOrthotics can open additional facilities wherever they’re needed, allowing them to scale their business to meet nearly any demand, at home or abroad.

Product quality has also greatly improved. From a materials standpoint, extensive research and testing iOrthotics conducted with the University of Queensland provided empirical evidence that orthotic devices manufactured by HP’s Multi Jet Fusion 3D printing technology were 40-60% stronger than those produced using traditional polypropylene milling. The design freedom that comes with additive manufacturing has also played a role. The products iOrthotics produces are more flexible and more forgiving. This leads to very positive outcomes for the end users of their products. Having the ability to customize each orthotic also benefits the podiatrist. iOrthotics is able to brand each orthotic to the clinic placing the order, helping them market their businesses and maintain relationships with their clients.

“HP Multi Jet Fusion 3D printing technology makes mass customization possible, says Mr.Hartley. “The ability to make customized parts on a large scale creates a paradigm shift. All industries will go through change in the Fourth Industrial Revolution, but perhaps none as dramatically as the manufacturing sector.iOrthotics has transformed itself to take advantage of this technological shift.” 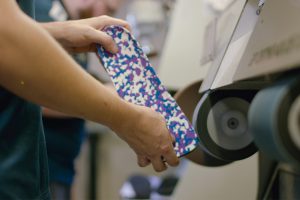 iOrthotics clients and everyone else in the world also benefit from the economic and environmental impact of reduced waste made possible by additive manufacturing. In the orthotics industry, subtractive techniques typically waste 90% or more of the material required to make a finished product. With the unique reusability of the HP Jet Fusion 3D printing solution, iOrthotics calculates that only a minimum % of the material is wasted.

Together, the results of iOrthotics efforts are astounding. With the help of HP’s Multi Jet Fusion 3D printing technology, they’re able to create a stronger, lighter and more accurate product which improves the lives of people with debilitating pain. At the same time, they’ve created a scalable model which can help far more people receive treatment more quickly and less expensively.

But the business model iOrthotics has created also adheres to the mantra of thinking globally while acting locally. Their ability to produce locally directly benefits their local economy,
while the sustainability of their process reduces waste, creating a positive impact for the entire world.