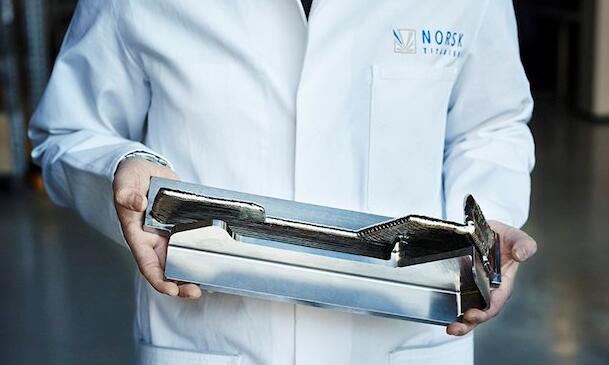 Qualified production began last month with the manufacture of its first part under the Boeing contract. PDQC will produce aerospace components for Boeing and other aerospace manufacturers.

“We could not be prouder of our Plattsburgh, New York production operations as they put another stake in the ground for the continued success of Norsk Titanium and the state of New York,” said NTi’s Chief Operating Officer Tamara Morytko. “Receiving this qualification from Boeing, now qualifying two NTi sites for production across the globe, is a true vote of confidence in our service, quality and disruptive RPD technology.”

PDQC, which currently houses nine of NTi’s proprietary Rapid Plasma Deposition (RPD) titanium printing machines, is the product of the partnership between NTi and the state of New York, as well as the advancement of technology that originated in Norway. Norsk’s RPD process uses titanium wire with plasma torches to print large titanium structural components up to 50-100 times faster than powder-based systems with 25-50% less titanium than forging processes.

“Norsk Titanium’s continued expansion in production as well as facilities is great news for the local economy and the North Country’s advanced manufacturing sector,” said Empire State Development President, CEO and Commissioner Howard Zemsky. “The NTi team continues to deliver on their commitments to this area and we look forward to continued growth in the future.”

In 2017, Norsk announced its first production order from Boeing Commercial Airplanes for the manufacture of 3D printed structural titanium components for the 787 Dreamliner. Last year, Norsk also announced a 60 percent expansion of the PDQC facility, located less than a half mile from the future site of the Norsk Titanium Production Center.