The 60th Maintenance Squadron at Travis Air Force base in California is spearheading an innovative effort to produce 3D-printed aircraft parts.

The squadron is the first field unit in the Air Force to be certified with an industrial-sized 3D printer that is authorized for the production of nonstructural aircraft parts, according to a statement released Monday.

The Stratasys F900 3D printer produces parts up to 36-by-24-36 inches, the Air Force said. It harnesses a material called Ultem 9085 that is described as being stronger, denser and more flexible than traditional plastic.

The printer has been certified by the Federal Aviation Administration and the Air Force Advanced Technology and Training Center.

It took eight months to make the system fully operational. 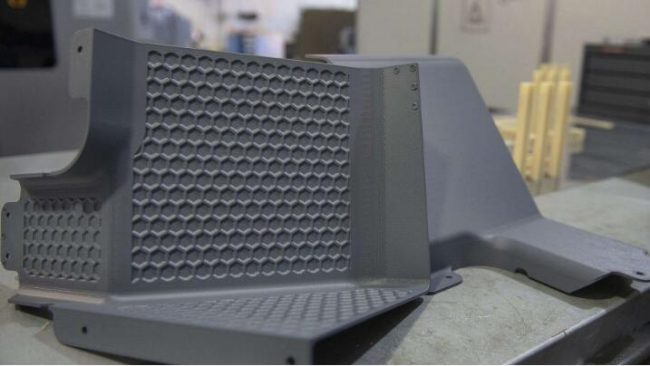 Latrine covers, the first aircraft parts authorized for use after being printed on the Stratasys F900 3D printer are on display Aug. 15, 2019, at Travis Air Force Base, California. (U.S. Air Force photo by Louis Briscese)

The first approved project was printed on the machine on Aug. 12 — replacement latrine covers for the C-5M Galaxy aircraft.

The Air Force explained that the parts that don’t keep aircraft from performing their missions don’t have as high a priority for replacement.

The team can download blueprints that have been approved by the University of Dayton Research Institute from an online database that is part of the Joint Engineering Data Management Information Control System (JEDMICS).

“It brings us a capability that we’ve never had before,” Higgs said. “There’s so many possibilities available to us right now. We’re just scratching the surface.”

As the only Air Force field unit that is fully operational, the team at Travis is receiving requests from other parts of the service. 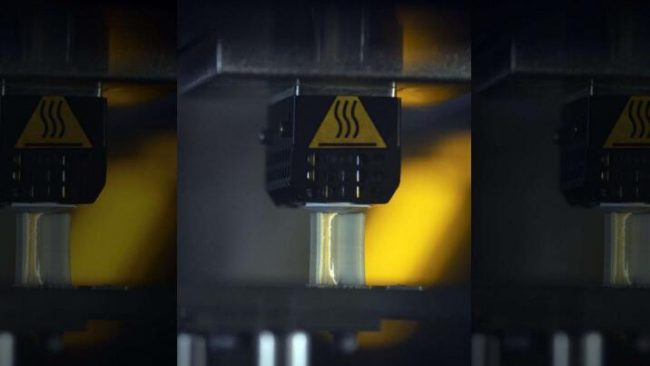 “We already have a list from the Air Force level to help them print and to backfill some supplies,” Higgs said, in the statement. “This will ensure other bases can replace items sooner than expected with our help.”

Last year Marines used a specialized 3D concrete printer to create a 500-square-foot barracks room in just 40 hours, according to the Marine Corps. Normally, it takes 10 Marines five days to construct a barracks hut out of wood.

Army robot can get itself up after it falls down

The barracks room was built in August 2018 at the U.S. Army Engineer Research and Development Center in Champaign, Ill.

Army and Navy Seabees were also involved in the construction effort.

Also last year, Marines at Camp Pendleton, Calif. successfully 3D-printed a reinforced concrete bridge. The feat, which took place in December, is the first time in the U.S. or the Western hemisphere that a bridge has been 3D-printed on site, as opposed to in a factory, according to the Marine Corps.