When Christopher Protz and Paul Gradl first started experimenting with building rocket engine components out of copper, the NASA engineers feared they might be wasting their time. Back in 2014, copper had never been used in 3D printing, and it appeared ill-suited to the technology. For one thing, particles of the shiny metal had a nasty habit of directly reflecting the 3D printers’ laser beams, partially melting the copper while frying some very expensive lasers. Early prototypes, recalls Protz, came out looking like “dark-colored blobs.” 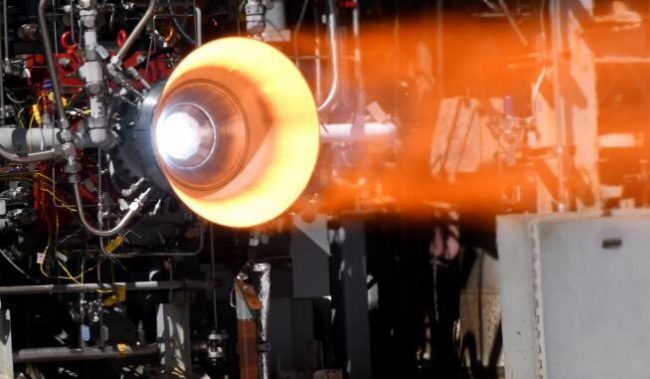 A pair of NASA lifers who both joined the agency in 2004, Protz and Gradl both took those troubles in stride. Protz, the son of an Air Force pilot who had grown up building model rockets, dreamed of recapturing one of the joys of that childhood hobby: the ability to try out a lot of ambitious ideas. “Typically in rocket engines, it can be a long development cycle,” says Gradl. “You’ll spend months designing — and several more months (or years) manufacturing — components before you can ever get to a hot-fire test to go prove out the performance.

“We saw the potential of additive manufacturing, where we can make parts in a matter of days or weeks. That was very exciting to us,” he adds. “And NASA was willing to take risks.”

Five years later, those risks are paying off. Under NASA’s Low Cost Upper Stage-Class Propulsion (LCUSP) effort, which was financed by the agency’s fund for “game-changing” ideas “that have the potential to revolutionize future space missions,” a huge team that spans three NASA research centers has made great advances. Their copper- and nickel-based alloy technologies have advanced far enough to make hot-fire tests of those technologies a reality.

Mankind began working with copper some 12,000 years ago, when early humans first stumbled upon chunks of “native copper,” a unique metal they soon turned into tools, weapons and jewelry. As blacksmiths’ skills evolved, so did copper’s importance. The metal proved easy to work with (it is both highly malleable and ductile) and well-suited for an array of practical uses, thanks to the ease with which it transfers both heat and electricity.

Copper’s ability to conduct heat attracted the NASA scientists to the idea of using it to build the combustion chamber where rocket fuel ignites. Smooth heat dispersal is the quality that chefs prize in their copper-bottom pans, but the challenge in a combustion chamber is how to take advantage of that property while simultaneously containing a rocket fuel burning at 6,000 degrees Fahrenheit. “Any material at that temperature is going to vaporize,” Protz explains.

To keep the copper from overheating, rocket engineers designed the combustion chamber with small channels through which they simultaneously pump a coolant, thus maintaining an equilibrium temperature that won’t damage the engine.

Building those channels using traditional metalworking machines was comparatively slow and costly, and resulted in varying levels of quality from piece to piece. 3D printing, also known as additive manufacturing, changed that, Gradl says. The NASA team prints the copper chambers in-house on a selective laser melting machine built by Concept Laser, a German maker of 3D printers that’s now part of GE. “The ability to do those complex internal channels is really the key to why we use this technology,” Gradl says.

Challenges remain. The chamber walls and internal coolant channels are still not as smooth as Protz would like, since rough surfaces increase the heat transfer and reduce the coolant flow. Several experiments are now underway to smooth those channels, either by improving the printing process or finding better ways to smooth off the surfaces after the printer finishes its job. But Protz says the complex blend of material and rocket science has made NASA uniquely suited to cracking such problems.

At NASA’s Glenn Research Center in Ohio, for example, materials scientists have worked out better copper alloys. Adding a dash of chromium and niobium to the copper adds strength and resistance to metal fatigue. Meanwhile, at NASA’s Langley Research Center in Virginia, another team worked on building the “jacket” that binds to the copper combustion chamber, using stronger materials printed with electron beam freeform fabrication on a Sciaky Electron Beam welder.

And finally, Protz and Gradl worked on the team at NASA’s Marshall Space Flight Center in Alabama, assembling the various alloys and components into working prototypes.

Gradl and Protz are now co-principal investigators on NASA’s Rapid Analysis Manufacturing and Propulsion Technologies (RAMPT) project, which builds on the technologies developed under LCUSP to further advanced manufacturing technologies and increase their scale for propulsion applications.

The goal is to show the potential of the copper technology, allowing private industry to use it to lower the costs of building engines needed to launch satellites and explore the solar system. “Eventually,” says Gradl, “the goal is to make rockets a lot cheaper so we can be flying them more often.