Industrial designer nicole hone reveals ‘hydrophytes’, futuristic aquatic plants created with multi-material 3D printing. the work explores the design and choreography of movement, advancing on the 4D printing research for film-making at victoria university of wellington in new zealand. with the alluring visual effects seen in movies, the designer wants to reach out and touch the objects behind the screen. 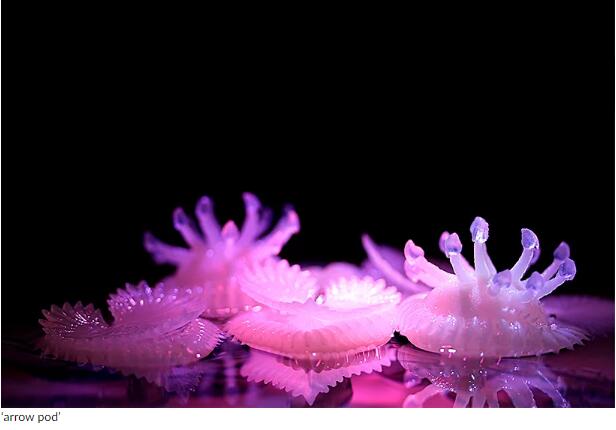 Hone’s project presents the concept of ‘tangible animation’ — bringing objects to life in the same world as the audience with 4D printing, where time is considered the fourth dimension. the hydrophytes are modeled using rhino and grasshopper in combination with ZBrush. the designs utilize stratasys polyjet technology that allows blends of rigid and flexible resins known as digital materials. sealed chambers enable the 4D prints to activate independently through pneumatic inflation. 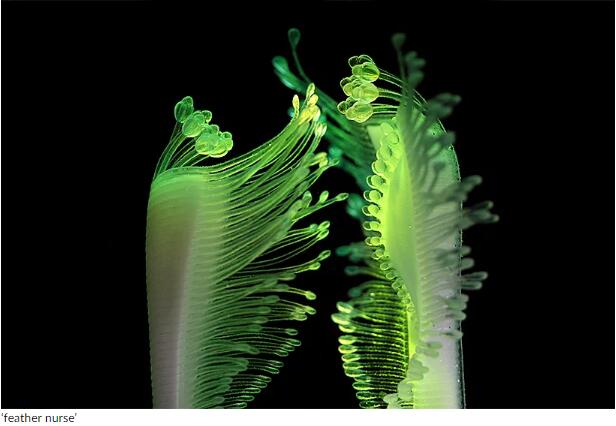 The hydrophytes illustrate a range of multifaceted, variable movements — their life-like qualities are unique to digital materials where each design embodies a different character and emotion. colored light is applied using a LED projector to complement the personality of each plant and enhance the perception of sentience. the film is true to life with no effects created in post-production. 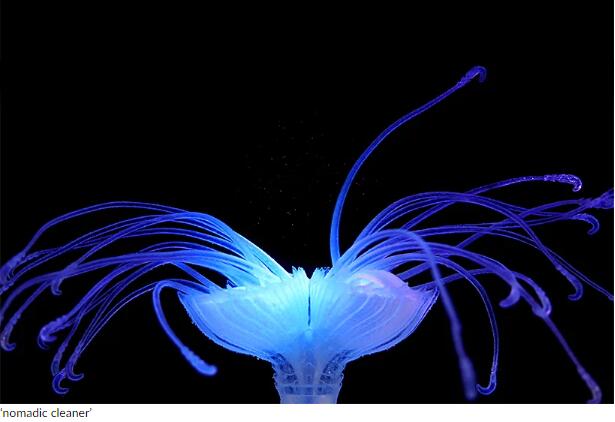 These computer-generated objects (CGO) take advantage of both the digital world, with its versatility and efficiency in form-making, and the physical world, where objects can respond to the environment, humans and other printed objects. this balance between controlled design and uncontrolled natural interaction leads to the creation of compelling organic performances. with tangible animation, on-screen ‘magic’ is transformed into immersive physical encounters, advantageous for museums, theme parks, and the film industry. 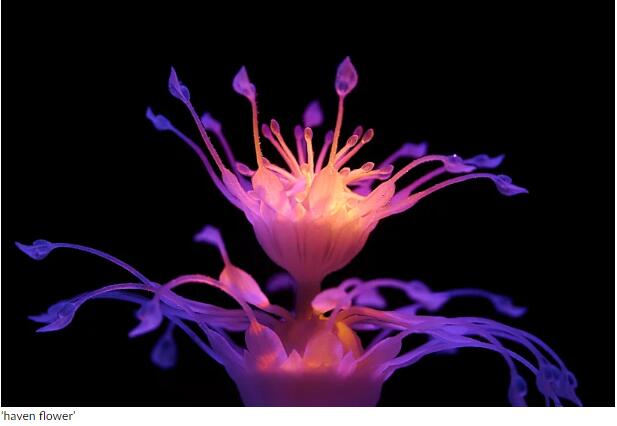 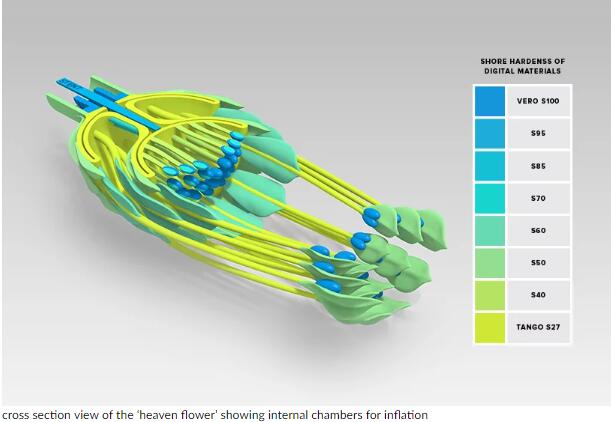