The Power of 3D Printing for the Oil and Gas Industry

With the oil and gas industry under pressure, manufacturers are turning to additive manufacturing for reduced costs and shorter timeframes 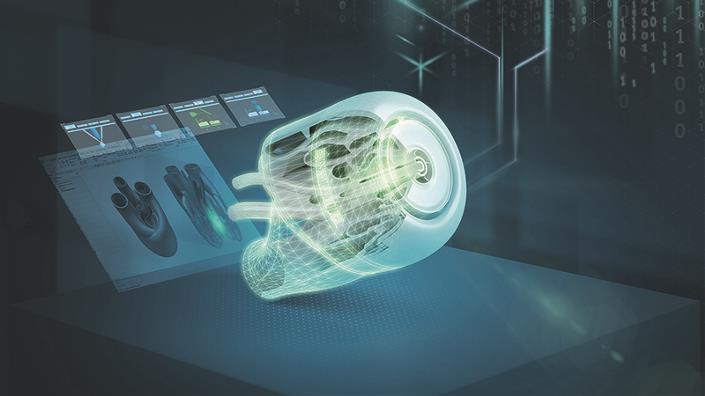 Gas turbines sit at the heart of power plant operations. A mixture of fuels, such as diesel, kerosene and liquid petroleum gas, is heated at high temperatures until a rush of hot air is produced, forcing a turbine’s blades to spin and generate electricity.

It’s a relatively simple method, which dates all the way back to the late 1930s when the first electricity-generating gas turbine was designed, built and put into commercial operation in Switzerland. Today, however, the gas turbine market is under pressure.

Towards the end of 2017, Siemens – one of the market leaders in terms of gas turbine units sold, according to McCoy Power Reports data – announced that demand for industrial turbines of 100MW or larger had fallen to nearly 25% of the global production capacity – from 4,000 units to 1,100.

Fuelling the fall in demand, said a spokesperson for Siemens, is the rise in renewable power and an industry shift towards smarter energy solutions. As a result, potential customers are looking for alternative products that can offer improved performance and efficiency.

The current production of gas turbines is not conducive to this end, so, to keep pace and not lag behind any further, turbine manufacturers are under pressure to rethink designs and speed up production processes. Key to this could be additive manufacturing (AM) and the technologies that can be used to build 3D objects from computer-generated files, such as CAD, using layers of material.

Unlike conventional manufacturing, where excess material is cut away, AM deposits powder through a nozzle and a laser is then used to melt the layers of powder into the desired shapes. In theory, this means the production process is more precise and there is less likely to be a waste stream.

Siemens has been exploring this laser-cutting method over the past 15 months to print gas turbine blades that are suitable for use on an FPSO (floating production, storage and offloading) facility, which enables offshore production of oil and gas. In February of this year, the manufacturer announced that it had successfully completed its first full-load engine test, subjecting the printed turbine blades to conditions of 13,000 revolutions per minute and temperatures of 1,250°C.

“The blades have been made from a powder of polycrystalline nickel superalloy, a material suitable for withstanding high loads and high temperatures,” says Jenny Nilsson, Siemens’ manager of design for AM, who led the team that realised the blade project.

While the material the blades are made from isn’t new, the problem is that the standard processes used to produce blades that can withstand such conditions, casting or forging, can be costly and time-consuming.

“One of the biggest advantages of using 3D printing is that we’re able to come up with more complex geometries, meaning that we can be more innovative and build efficiencies into our designs and products. For example, the printed blades can be designed in a way that helps to reduce metal temperatures more quickly and therefore means that they can be less expensive to operate,” says Nilsson.

Whereas the standard casting or forging of a turbine blade can take up to two years owing to the intricacies and tooling involved, Nilsson and the rest of the team have managed to reduce the lead time to just a few months. And although Siemens is tight-lipped about when the blades could be rolled out commercially, shortening the production time will be hugely important when it comes to taking printed parts from their prototype stage to making small batches and then on to mass production.

Siemens isn’t the only large firm exploring AM. General Electric, another of the market leaders in terms of turbine units sold, has introduced an automated nozzle production line, for manufacturing burners for turbine combustion chambers, at its oil and gas plant in Talamona, Italy.

By 2025, the UK hopes to have phased coal out of electricity generation and to have shifted to low-carbon sources instead. And it’s predicted that, in many countries, power fuelled by natural gas will surpass coal-fired generation by 2035. As a result, there’ll be an increased demand to bring natural gas-fired power plants online in the coming years.

To capitalise on this demand, manufacturers of turbines and other parts are going to need to be sure they are ready to adopt 3D printing technology, so that they can react to market opportunities. This also means they need to be willing to invest in research and development to improve the speed of their production processes and product cycles.

Yet uptake in the oil and gas industry has so far been limited, partly owing to the fact that the companies, such as rig operators, are too risk averse and the right infrastructure hasn’t been in place, says John Bolto, a senior adviser at Advisian, the consulting arm of one of Australia’s engineering giants, WorleyParsons, which provides solutions to energy and infrastructure challenges.

“The industry has been relatively slow to embrace AM,” says Bolto, “but it’s important to note that the pace is starting to pick up as early movers become inspired by the innovations that 3D printing has brought to the defence, aerospace and automotive worlds. For example, Boeing can reduce production costs of a 787 Dreamliner by between $2m and $3m, simply by using printed parts.”

Advisian recently announced a partnership with 3D metal printing specialist Aurora Labs to provide its oil and gas clients with an end-to-end service. Bolto believes that collaboration like this will be key to helping the industry realise the true potential of AM.

“Access to specialist knowledge will enable manufacturers to accelerate their design processes and the creation and delivery of 3D printed parts, including valves and pump casings,” he says.

“As designs and AM processes become more innovative, there will be the potential to create parts that are stronger, lighter and even more complex. What’s more, they could be capable of withstanding extreme operational conditions, such as exposure to adverse weather.”

The reduced build cost isn’t the only driver. With the ability to produce much-needed parts in a shorter time, it will be possible that they could be printed on demand. For ageing assets with obsolete parts, operators would be able to quickly and easily buy replacements to their desired specifications, says Bolto.

Furthermore, the information required is stored on computer-generated files, so production wouldn’t have to take place in a central location. And, because parts could be produced to order, inventory management would also be improved.

“Physical inventory will become virtual inventory, as companies can opt to print parts as and when needed, instead of keeping stock,” says Bolto. “As a result, warehouses will get leaner, inventory management will be optimised and costs reduced.”

A decade ago, the thought of creating 3D data and printing objects from digital files was most likely found in the pages of science-fiction books. Today it has become something of a reality.

In order for the oil and gas industry to benefit from AM, companies need to embrace new ways of working that can shake up traditional practices and processes and speed up manufacturing. Doing this will help put them on the right path towards transforming the industry for the better, says Nilsson.