3D printing has been making parts for nuclear plants for a few years now.

In 2017, Siemens achieved the industry breakthrough with the first successful commercial installation and continuing safe operation of a 3D printed part in a nuclear power plant. Because of the stringent safety and reliability requirements in the nuclear sector, this was an amazing achievement because the components used by nuclear power plants must be robust, reliable, resistant to high temperatures and go through more regulatory and QA hoops than any other industry. 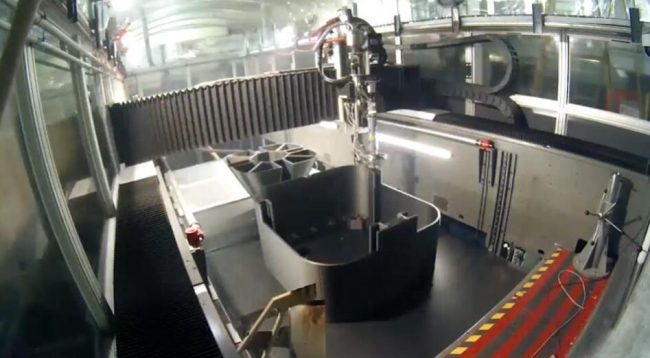 3D design and printing offers quality and money-saving options, especially for manufacturing spare parts, as well as creating prototypes which usually require a huge cost to set up new manufacturing lines. Changes in 3D-printing are just a minor programming changes.

Additive manufacturing is crucial in achieving a carbon-free energy industry, including nuclear.

GE Hitachi Nuclear Energy (GEH) has been an important pioneer in this area. GEH is able to irradiate 3D-printed pieces to test and compare them against traditional parts under a whole range of conditions. They will be using 3D printing to minimize waste and reduce manufacturing times by 90%.

3D printing is known for creating scale models and other novelties, and more sinisterly handguns. You may even have a 3D printer at home. The technology was first pioneered in the 1980s and in the last 10 years has created a revolution in manufacturing almost anything. Today, we can print with more than just plastic and rubber. We can print with metals and other materials like various high-tech composites.

So it’s not surprising this would find its way into the nuclear industry. The most promising application is in developing micro-reactors, which are very small nuclear reactors typically less than 10 megawatts and capable of fitting on the back of a tractor trailer.

Oak Ridge National Laboratory, in partnership with the U.S. Navy’s Disruptive Technology Lab just made the first 3D-printed submersible hull for the Navy out of carbon fiber composites (see video above). And it’s about the same size as a micro-reactor.

A traditional submersible hull costs between $600,000 to $800,000 and takes several months to manufacture. This 3D-printed hull was made for less than $100,000 and took a few weeks – a savings of ten times in cost and time. And changes between printing is easy so it doesn’t take massive manufacturing to get the traditional savings from scale.

While the internal components of a micro-reactor may be complex, the aerospace industry has experience in 3D-printing of complex jet engine components in less time and for lower costs than conventional methods. Replacement of discontinued parts is a challenge for nuclear plants, and 3D printers could be used to manufacture replacement parts. 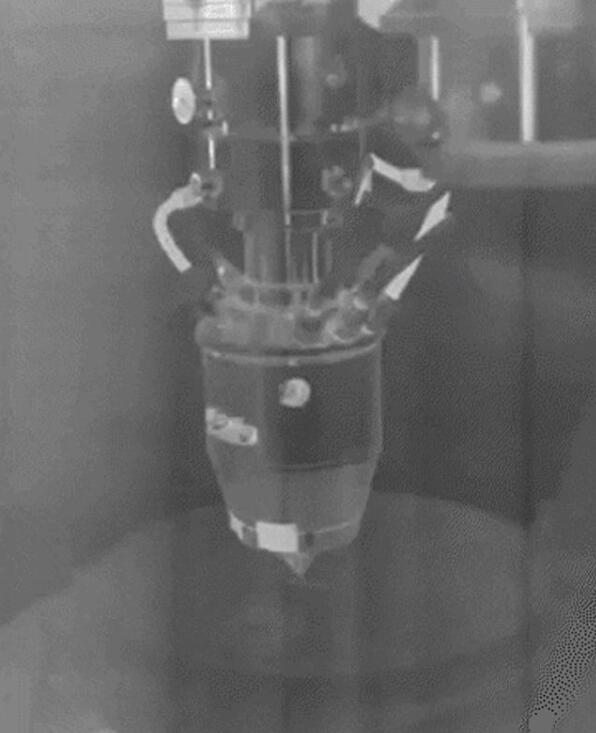 ORNL is printing an actual nuclear reactor core, one of the game-changers nuclear needs for the future. Image via Forbes

But the coolest thing by far would be to 3D-print a nuclear reactor core. And that is just what researchers at ORNL are doing. Printing a core would be a bellwether for the United States nuclear industry, reducing the cost and time to build next-generation facilities.

It’s not like this is science fiction. 3D-printed parts have already made their way into nuclear power plants, and advanced test reactors use 3D-printing to manufacture test capsules.

Westinghouse Electric Company successfully installed a 3D-printed thimble plugging device. The device is used in nuclear reactors to help lower fuel assemblies into nuclear reactor cores and was installed into Unit 1 of Exelon’s Byron Nuclear Generating Station in Illinois during the plant’s refueling outage this Spring.

“Additive manufacturing is an exciting new solution for the nuclear industry,” said Ken Petersen, Exelon Generation’s vice president of nuclear fuels. “The simplified approach helps meet the industry’s need for a wide variety of low-volume, highly critical plant components. We are proud to have Westinghouse as a partner on this industry milestone and to help further demonstrate the viability of this technology.” 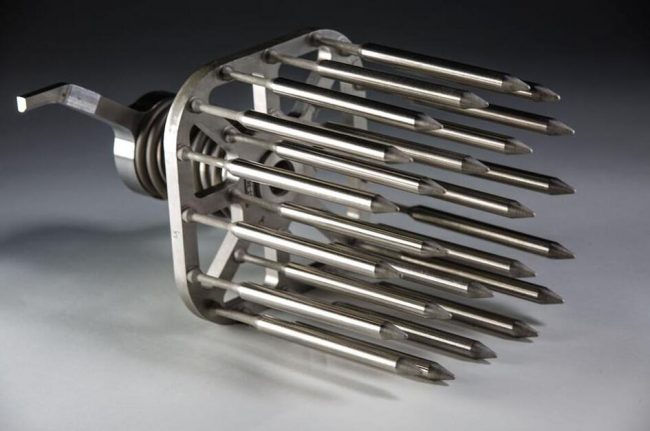 Larger components, such as pressure vessels for small modular reactors, could use advanced methods including 3D-printing, powder metallurgy hot isostatic pressing (pressing metal powder into solid shapes) and electron beam welding (welding at the molecular level). These all reduce the cost and time of manufacturing.

In fact, a recent report from NEI on advanced manufacturing found that there are 16 methods of most interest to the nuclear industry.

Swedish 3D printing companies Additive Composite and Add North 3D, along with Uppsala University, have developed and released a new boron carbide composite filament suitable for radiation shielding applications. The material, available under the name Addbor N25, is made up boron carbide and a co-polyamide matrix.

Boron carbide is one of the hardest known materials and has consequently been used for many extreme applications, such as tank armor and bulletproof vests. The material is also well suited for applications in nuclear like radiation shielding because of its high neutron absorption.

Most recently, The Department of Energy’s Argonne National Laboratory in Illinois started using 3D printing for nuclear waste separation, increasing the amount of nuclear fuel waste that can be recycled to 97%. The 3D-printing process creates a bank of centrifugal contactors that eliminates the potential for failure of the parts.

So, like all other industries, nuclear is moving into the future with both new processes like 3D-printing, new materials and new applications. Seeing a largely-printed micro-reactor supporting a Mars colony in a few decades will only be the beginning.