Raytheon has partnered with Northrop Grumman on its air-breathing hypersonic weapon, which will be powered by a Northrop-made scramjet made entirely of 3D-printed parts, the company announced Tuesday.

Raytheon and Northrop’s weapon is one of the competitors in the U.S. Defense Advanced Research Projects Agency’s HAWC project, short for Hypersonic Air-Breathing Weapon Concept. 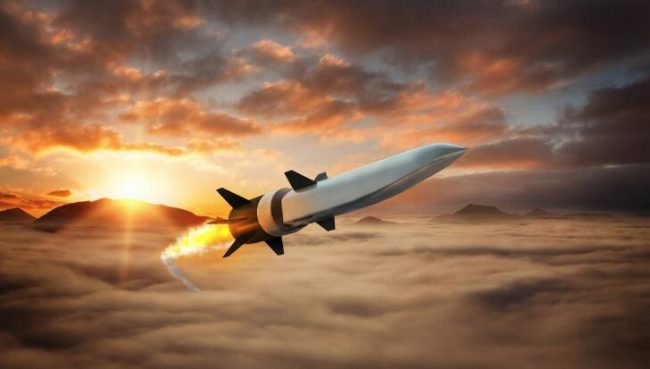 “We have a flight test planned for the near future where we will begin flying this particular class of weapon system,” he said during a briefing at Paris Air Show. While the exact schedule is classified, Bussing noted that the companies have already conducted “significant” ground tests

“The combustor, everything that we do now is done by additive manufacturing, so its driving affordability into the hypersonic boost missile’s scramjet engine. We are also looking at ways to reduce the weight so we can have more fuel, more payload,” he said.

According to Raytheon, scramjet engines use high vehicle speeds to then compress air moving into its inlets before combusting it. The process allows a vehicle to maintain hypersonic speeds — more than five times the speed of sound — over longer periods of time.

The Raytheon-Northrop team is competing against Lockheed Martin for the final HAWC contact.