Cloud-Based Simulation and More Among New Features in Netfabb 2019

Netfabb has been a popular software program even since before it was acquired by Autodesk, and each year it offers more and more features to its users as Autodesk brings out new versions. Recently, Autodesk introduced Netfabb 2019, which has several new features in addition to updates to some of its existing features. The new release focuses on improved productivity and updates the simulation and latticing, two of the software’s most significant features. 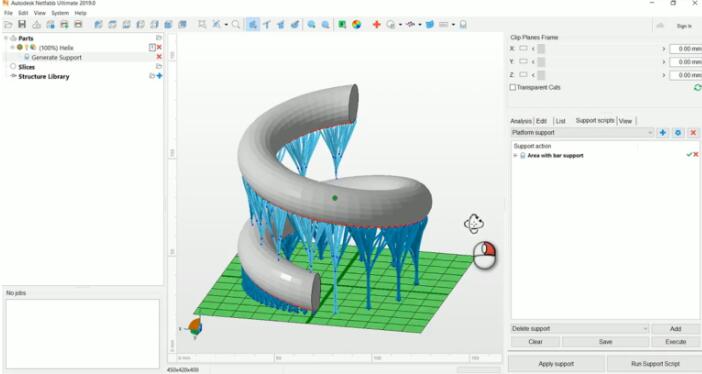 Simulation is a critical part of the additive manufacturing process, particularly metal additive manufacturing. It saves time and materials by allowing the user to run through a process before running it for real, and to smooth out any issues that the software predicts. Netfabb subscribers beginning at the Premium tier can now take advantage of cloud-based, multi-scale, metal powder bed process simulation.

“With metal additive manufacturing, the stakes are high. Materials are expensive and lead times are continually compressed,” says Autodesk. “The ability to anticipate your outcomes can often save the day, and the project. From additive consultancies to industrial innovation labs and research facilities, industry leaders turn to Netfabb Simulation.  Now, this same simulation capability is available in the cloud, allowing you the ability to pay for simulation only when you need it.”

Netfabb simulation uses a multi-scale modelling approach. Users can input machine parameters and material properties to develop their PRM files, then simulate large, complex parts “with a fully predictive part-scale simulation which captures the complex thermal and mechanical interaction between parts during the build process,” says Autodesk. The cloud credit cost for a PRM file is fixed, but part-scale simulation depends on the complexity of the parts being submitted.

In addition, the PRM library has been redesigned to give the user visibility into process parameters. PRM files can now be edited directly from the library.

Manual latticing is now available to customers at the Premium tier, and all Netfabb lattice functionality is now available from a single location. Additional updates allow for better productivity, such as:

– A replay function that allows regeneration of manual or script-based supports after a change in geometry is made, even after the support strategy has been finalized.
– Supports can be deleted by criteria
– Shared viewing and cloud storage
– A new My Machines workspace that streamlines the process by allowing the user to define only the machines they have access to.

The user can also categorize machines by functions and assign repair or support scripts accordingly.