Last year, Barcelona-based apparel startup ATHOS announced that it had developed a design for customized mountain climbing footwear, 3D printed from TPU. ATHOS is now announcing that its vision has become a reality, thanks to 3D printing service bureau Sculpteo, as well as HP’s Multi Jet Fusion (MJF) technology. 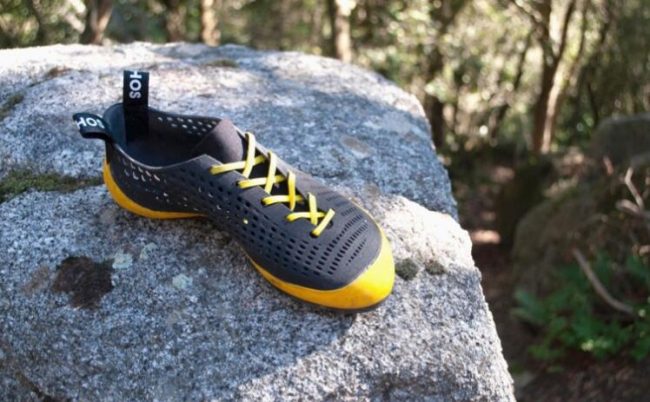 For a variety of reasons, footwear is an especially promising sector for the consumer goods segment of the 3D printing market. Moreover, as astutely realized by the team at ATHOS — started by students at Barcelona’s ELISAVA School of Design and Engineering — 3D printing’s potential for customization makes the technology particularly optimal for footwear used by mountain climbers.

In a statement announcing the ATHOS’ release of the world’s first 3D printed climbing shoes, Alexandre d’Orsetti, Sculpteo’s CEO, commented, “Mass customization allows ergonomics that seemed inaccessible in climbing. With ATHOS, the custom-made slipper fits the foot perfectly, for the benefit of comfort when climbing.” Emili S. Taixés and Romina Milesi, the co-founders and managing partners of ATHOS, explained, “It was very important for us to implement additive manufacturing [AM] in an innovative way, which is why HP [MJF] 3D printing technology is the perfect choice for creating more customizable and sustainable products. The benefits of customization and on-demand production help us to deploy a more environmentally responsible consumer and manufacturing model.”

The main problem that the ATHOS shoe addresses is one specific to the market for climbing footwear. Typically, in order to get the necessary support, consumers need to purchase climbing shoes that are two to three sizes smaller than their usual shoe size. This leads to debilitating discomfort — in addition to being, presumably, rather confusing for newcomers to climbing.

By customizing each pair according to scanned images of the customer’s foot, that confusion is eliminated. And, even more crucially, since every pair is designed for each individual customer, the shoe adapts to the wearer with use, greatly enhancing foot comfort while climbing.

Of course, customization and on-demand purchasing circle back to the broader advantages of 3D printed footwear, in general. Currently, the business model of the footwear market involves overproducing by around 20 percent. In other words, on average, shoe manufacturers plan that at least one out five of the pairs they make will go unsold. It is estimated, then, that 3D printed footwear could ultimately reduce the footwear sector’s carbon emissions by almost half, simply by reducing the amount of wasted product being transported.

Beyond footwear, the involvement of HP adds to the relevance of ATHOS’ release, given that HP just released its S100 MJF metal printer to the commercial market. The concept that, due to the existence of the underlying technologies, as well as service bureaus that can handle the jobs, a startup could go from idea to market in barely a year, obviously encapsulates much of what is so compelling about the 3D printing sector. It will be interesting to watch for similar developments that might unfold in the metals market.