Doosan Heavy announced that it had held an online ceremony on September 30th to celebrate the construction of a 3D printing fabrication shop on the grounds of its Changwon headquarters. The online event was attended by key figures that include the Changwon City Mayor Seong-Mu Heo, who gave the congratulatory remarks, and Gun Young Heo, President of the Defense Agency for Technology and Quality(DTaQ); Nak Kyu Lee, President of the Korea Institute of Industrial Technology (KITECH); Yeonin Jung, COO of Doosan Heavy Industries & Construction and Youngmin Kwon, President of Mottrol. Doosan had invitation cards and turbine blade models that were created using its 3D printer pre-delivered to the attendees. 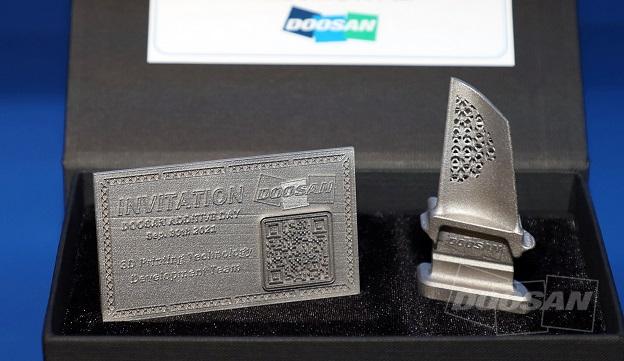 Doosan Heavy first adopted 3D printing technology in 2014 to obtain a more advanced method of manufacturing gas turbines for power plants. Doosan owns a total of five metal 3D printers, two of which were recently implemented, and these all form a part of Doosan’s recently built 3D printing fabrication shop, the largest to date in Korea. The company also holds the PBF metal 3D printer, the bigger one is capable of manufacturing parts with a maximum size of up to 800㎜ x 400㎜ x 500㎜. 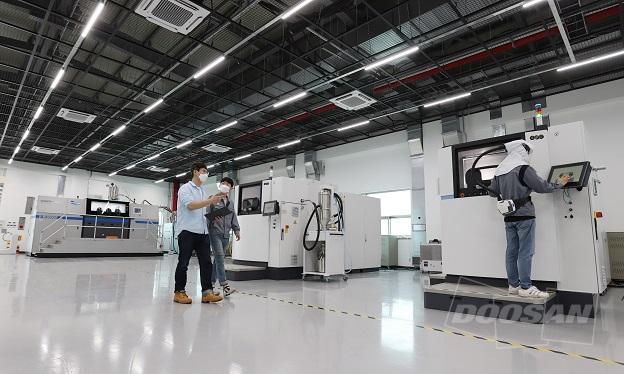 3D printing is the technology of manufacturing parts by using laser to melt metal, ceramic or plastic powder that is deposited layer-by-layer. The advantage of this technology is that it can be used to create complex designs that would otherwise be difficult to implement with conventional processing technologies and it also helps with significantly reducing the manufacturing time and costs.

“Backed by our engineering, materials and manufacturing expertise, Doosan Heavy Industries & Construction has grown to become the only company in Korea to hold the capability for developing on its own a 3D printing process for various types of metal,” said Yongjin Song, Doosan Heavy’s CSO. He added, “We plan to create synergy by applying our 3D printing technology to many more fields, not just the manufacturing of power plant components, but also in the development of parts for industries like the aviation and defense sectors.”

Doosan Heavy is supplying 3D printed parts to a wider group of customers in various sectors, such as large-sized gas turbines for power plants and prototype parts for the Korean KF-21 fighter jet. On September 3rd, the company had also signed a “MoU on Cooperation for 3D Printing and Gas Turbine Materials Technology” with the Korea Institute of Ceramic Engineering and Technology(KICET), a ceramics-specializing research institute under the Ministry of Trade, Industry and Energy.