Among the wealth of foundries that exist worldwide, there is none like Aristo Cast Inc., an investment casting foundry based in Almont, Michigan, USA. Multi-award winning and one of seven foundries in the world capable of casting magnesium, Aristo Cast has been serving industries such as aerospace, automotive and the art scene with 3D printed castings for decades.

For that reason, the foundry does not see itself threatened by the rise of direct metal processing technologies. On the contrary, they see printed (additive assisted) castings, the hybridization of 3D printing with metal casting, as the technology of the future. 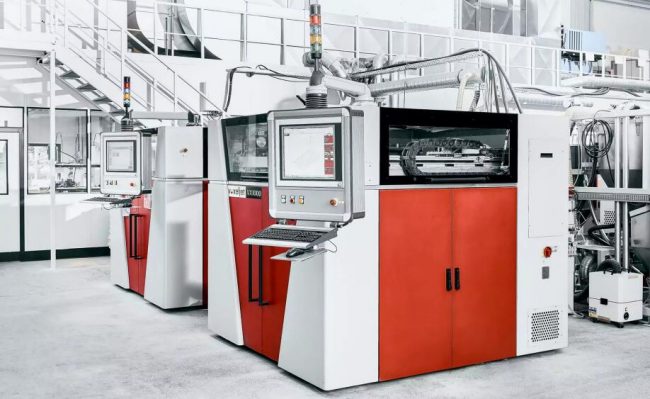 “Where do the geometric limits of metal casting lie? When would you say that a part should directly be printed, not cast?” we ask the team at Aristo Cast, which has been one of our customers for more than ten years now. Jack Ziemba, founder and CEO at Aristo Cast laughs into the phone and answers:

“We would never say something like that. There’s almost no part that can’t be cast.” Jack Ziemba, CEO Aristo Cast.

A statement that sounds bold at times when companies like Desktop Metal, which specializes in additive manufacturing of metal parts, has been raising hundreds of millions of dollars in investments over the past few years. But it is far from an untruth. But let’s start from the beginning:

In 1995, Jack Ziemba decides to rename his foundry D&N Castings. He names it “Aristo Cast”. Aristo, Greek for “best” and cast explains itself. Numerous awards and a portfolio of prestigious customers from a wide range of industries soon confirm the accurate naming. The foundry specializes primarily in rare alloys and light metals. Among other things, Aristo Cast is one of only seven investment foundries in the world that can process magnesium. In order to achieve this, they rely in particular on modern and innovative manufacturing technologies for models and molds. 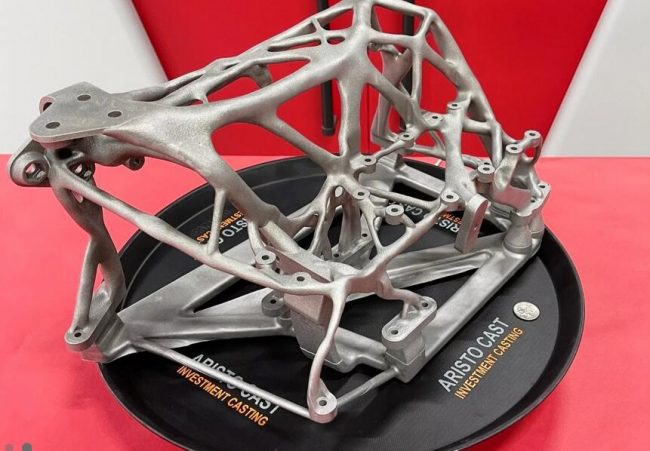 As early as 1998, Aristo Cast integrated 3D printing of wax models into their production and subsequently opened an Advanced Technology Center in 2003, equipped with “state of the art” additive manufacturing machinery, a magnesium and aluminum casting facility, a tool shop and 5-axis CNC milling.

In 2011, the investment foundry also begins working with 3D-printed PMMA models from voxeljet and adds a VX1000 to its Technology Center. Several awards from the American Investment Casting Associations testify to the effectiveness and success of the Aristo Cast strategy, which places the highest emphasis on quality and precision.

Direct additive manufacturing of metals has been gaining market share for years, and some use cases at first glance raise questions over the future of investment casting. So how can Jack Ziemba’s statement be legitimized? What is the future of investment casting and what are the limits and differences between printed castings and DMLS technologies? Five criteria in particular need to be considered:

In 3D printing, across all technologies, geometry hardly matters any more. The layer-by-layer and tool-free process makes it possible. Aristo Cast uses 3D-printed PMMA models for any type of component geometry. Even for those with wall thicknesses as thin as 0.5 mm. Compared to DMLS, 3D printing of PMMA models particularly trumps with the realizable size of the components. With a build volume of 1000 x 600 x 500 mm, the VX1000 offers enough space for large-format individual parts or a large number of smaller components. It enables Aristo Cast to produce models for castings weighing a few grams up to 15 kg. The only geometric challenge that can arise from time to time with very complex components is to coat the printed models with a ceramic and burn them out to build a casting shell. But even for these rare special cases, the Aristo Cast team has a solution: Instead of a positive model made of plastic, the foundry prints a negative mold made of ceramic.

Especially in the aerospace industry, one of the key industries that Aristo Cast supplies for over a decade, the advantages of 3D printing in combination with investment casting come to the fore. Many orders are so-called “legacy parts”, i.e. spare parts for which there are no longer any blueprints due to their age. These can be digitized at Aristo Cast using modern scanning technology. The digital data set can then either be printed out and cast directly, or the part can be optimized in terms of functionality or weight.

A new, impressive example of the work Aristo Cast and the software company Autodesk was already published in 2017 in the form of a case study. Using topological optimization, Autodesk designed a prototype for an aircraft seat frame with an extraordinary bionic structure. Due to the enormous complexity and size of the frame, neither conventional nor direct metal 3D printing technologies were an option for manufacturing. So Autodesk turned to Aristo Cast, which printed a PMMA model of the frame on the VX1000 and cast it in magnesium. The results speak for themselves: the seat frame is a good 30% lighter than the currently installed versions. Fitting an A380 aircraft exclusively with these frames results in a total weight saving which, calculated over a 20-year lifetime of a fleet of 100 aircraft, is reflected in over 220 million dollars saved due to lower jet fuel consumption.

“DMLS is a nice complementary manufacturing technology, but just in terms of cost, lead times and certification, it will be quite a while before DMLS reaches our level of investment casting. If ever.” Jack Ziemba, CEO Aristo Cast

The production itself is also significantly cheaper due to the use of 3D printing and investment casting. Via Printed Casting, production cost around 4000 US dollars. Via DMLS, the seat frame would have cost a good 12,000 US dollars. In addition, no currently available DMLS system would have been able to produce the component in one piece, let alone achieve a further 56% mass saving by manufacturing the frame in magnesium. With regard to the above criteria, Aristo Cast sees a high future potential in Printed Castings and appeals to future generations of engineers.

A wake-up call to the next generations: Think 3D (printing)

While printed castings are already used in a wide range of industries today, the potential is still largely underestimated by young engineers. Demand for increasingly complex components is rising continuously, and customers often come to us because they have tried to print a component directly in metal, only to find that it doesn’t work, and they have lost precious time as a result. While DMLS equipment is getting better, that doesn’t mean it will ever replace investment casting. DMLS is a nice complementary manufacturing technology, but just in terms of cost, lead times and certification, it will be quite a while before DMLS reaches our level of investment casting. If ever.