China has conducted its first 3D printing experiment in space in a newly launched spacecraft, according to the China Academy of Space Technology.

The academy said on its WeChat account on Thursday that the experiment was done by a 3D printer, developed and built by its Beijing Spacecrafts Manufacturing Factory, inside the prototype of China’s new-generation manned spacecraft. 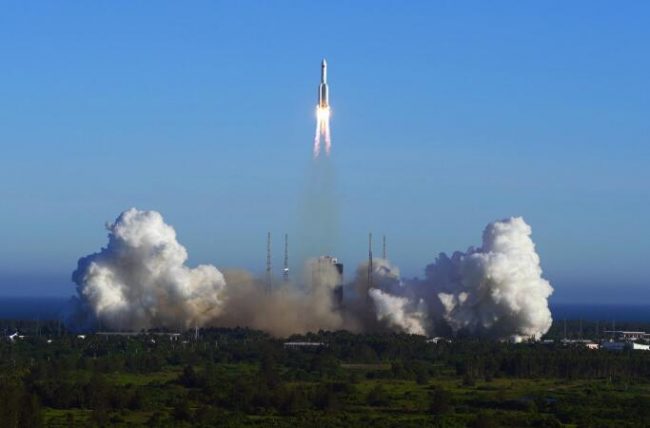 The printer, named the Space-Based Composite Material 3D Printing System, uses carbon fiber-reinforced composites to autonomously print objects. It is installed in the reentry module of the experimental spaceship and will be brought back to Earth once the module returns.

The academy said the printer features advanced technologies in material modeling, precision control and automation. It explained that once the space-based 3D printing technology becomes operationally ready, it can extensively benefit space programs as astronauts can use it to manufacture a lot of things they currently need to obtain from resupply flights by cargo spacecraft.

Video clips broadcast on China Central Television showed that the printer has printed a flat section of a honeycomb-shaped structure as well as an emblem of China Aerospace Science and Technology Corp, the parent company of the China Academy of Space Technology.

Also known as additive manufacturing technology, 3D printing is the processes in which three-dimensional objects are made through the layering of material. It is advancing rapidly and is increasingly used in the manufacturing sector.

Wang Yanan, editor-in-chief of the Aerospace Knowledge magazine, said the 3D printer will be very useful in extended space missions, such as those in a space station, because it will allow astronauts to make components quickly and conveniently in space.

The technology will save future space journeys considerable resources and costs, he said.

In fact, the device is not the sole representative of 3D printing onboard the prototype. A CubeSat deployer, designed and made through 3D printing by CoSats Space Technology, a Beijing-based privately owned commercial space startup, is also carried by the spacecraft to verify the adaptability of 3D-printed equipment in space.

A CubeSat deployer is an apparatus used to put miniaturized satellites into orbit.

CoSats Chief Operating Officer Bai Ruixue said the 3D-printed deployer is much lighter and stronger than its counterparts and it will have huge potential in the space industry.

The prototype of China’s new-generation manned spacecraft was put into low-Earth orbit by China’s Long March 5B heavy-lift carrier rocket during its maiden flight in Hainan province on Tuesday.