Fortune 500 ranking lists the world’s largest corporations by revenue, many of which have been pioneering the use of 3D printing in their respective industries.

Below, we explore 9 Fortune 500 companies across different industries and their 3D printing innovations to find out what role the technology plays within their organisations today and how it will evolve in the future.

Airbus is a global trailblazer in the field of 3D printing. The company has been working in this field for over15 years, initially with a focus on plastics and rapid prototyping.

In the last decade, Airbus has also begun to explore the potential of the technology for production applications.

Instrumental to this was the launch of an ‘innovation cell’ at Airbus in 2010, aimed at developing innovative technologies and demonstrating how they work in practice. This innovation cell led to the establishment of a Europe-wide platform, facilitating the introduction of 3D printing in industrial processes, at the end of 2014.

2014 also marked a key milestone for Airbus’ use of 3D printing: the company initiated its first test flights using 3D-printed parts, including a titanium bracket, showcasing the viability of 3D printing for aviation.

But Airbus hasn’t stopped there. In 2017, the aerospace manufacturer collaborated with Liebherr, a multinational equipment manufacturer, to install a 3D-printed hydraulic flight control component made of titanium into an A380 test plane. 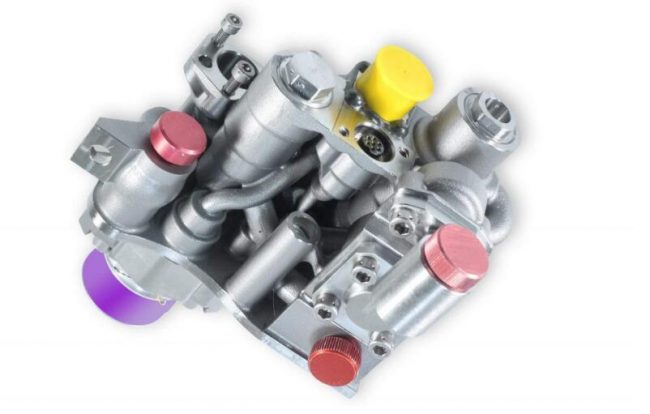 A spoiler valve block for A380 [Image credit: Liebherr]

As a continuation of this partnership, Liebherr is now supplying serial produced AM parts like nose landing gear brackets for the Airbus A350 XWB.

However, the use of 3D printing at Airbus goes well beyond production parts. The company is known to extensively use 3D printing for localised and on-demand production of tooling like jigs and fixtures.

To push the use of 3D printing even further, Airbus has recently partnered with LM Industries, known for its 3D-printed self-driving shuttle Olli, to form a start-up called Neorizon.

The new venture aims to provide innovative products with a focus on autonomous mobility. To achieve this, the companies are bringing together their expertise in digital manufacturing and polymer and metal 3D printing.

Considering Airbus’ engagement in 3D printing, the future of technology in the company certainly looks bright.

Volkswagen Group’s companies, which includes brands like Audi, Porsche and Lamborghini, have been leading the adoption of AM for part production, as reported by 3dpbm’s Automotive AM Focus.

Most Volkswagen AM-related activities are concentrated at the automakers’ 3D Printing Center in Wolfsburg, Germany.

In the centre, the group tests AM technologies, while also producing some tooling and end-use parts. For larger production runs, Volkswagen generally uses external AM service providers.

Tooling is a big use case for 3D printing at Volkswagen. In 2014, the company began to pilot Ultimaker’s desktop 3D printers to produce tooling equipment at the Volkswagen Autoeuropa factory in Portugal.

Since the success of the pilot, Volkswagen has switched its tooling production almost entirely to 3D printing.

Having only eight months to develop the car, the Volkswagen team bet on 3D printing to speed up the process and meet its development deadlines. By enabling an extremely flexible and very rapid development process, 3D printing has helped Volkswagen Motorsport get the car on the road on schedule. 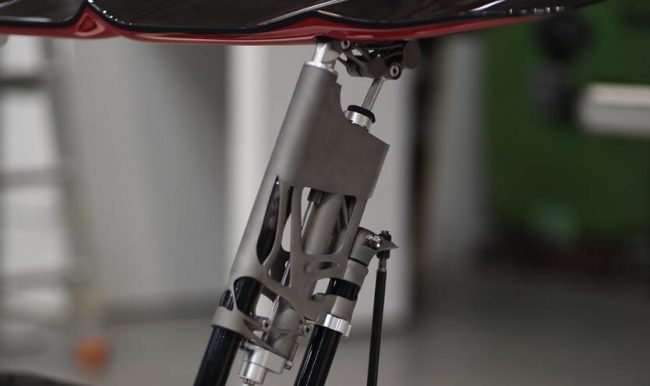 Volkswagen actively pushes the boundaries of metal 3D printing in automotive. One indication of this is the partnership with HP and GKN for the use of HP’s new metal jet binder jetting technology.

Through this collaboration, the Volkswagen brand’s Toolmaking unit at the Wolfsburg site will soon be able to print a high volume of steel parts, measuring between 2 and 5 cm in length. 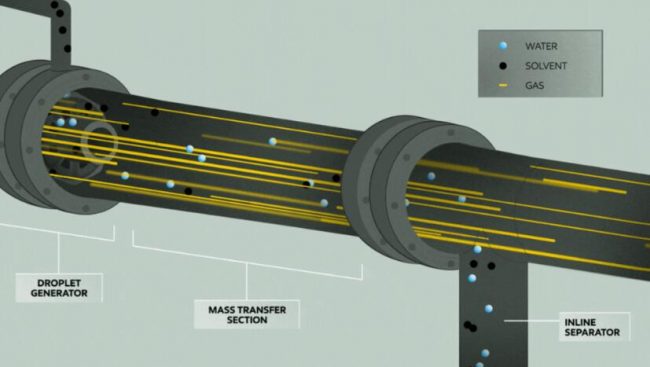 This use case has been showcased by Exxon Mobil, which used 3D printing for the development of its cMIST™ technology. The cMIST™ system removes impurities like H2O, CO2 and H2S from natural gas production to achieve safety and gas quality standards.

Specifically, the cMIST™ system includes two critical components. One is called a droplet generator. Developed by ExxonMobil, the patented generator sprays droplets of solvent that capture the water permeating the gas.

The second component is an inline separator. Activated by the velocity generated by millions of cubic feet of natural gas passing through the pipeline, the separators help drain out water and other impurities from the pipeline.

To ensure performance and reliability, ExxonMobil rapidly prototyped droplet generators. Thanks to 3D printing, it was possible to accelerate the droplet generator development by quickly rolling out models and allowing the design engineers to make swift optimisations.

Although it’s only a small component, ExxonMobil is confident that this piece will be key to enabling greater production of cleaner-burning natural gas in unconventional reservoirs and challenging offshore deepwater locations.

Equinor is an energy company which focuses on developing oil, gas, wind and solar energy.

As many other Fortune 500 companies, Equinor has been extensively using 3D printing for creating product prototypes. But in addition to that, the company has now started to explore the technology for spare part production.

Procuring some spare parts poses several challenges, the key of them being long lead times.

The company believes that 3D printing can solve this challenge for certain spare parts that are difficult to obtain. 3D printing does not require large production lines and enables on-demand production. This means that Equinor can produce the part they need when the need arises. 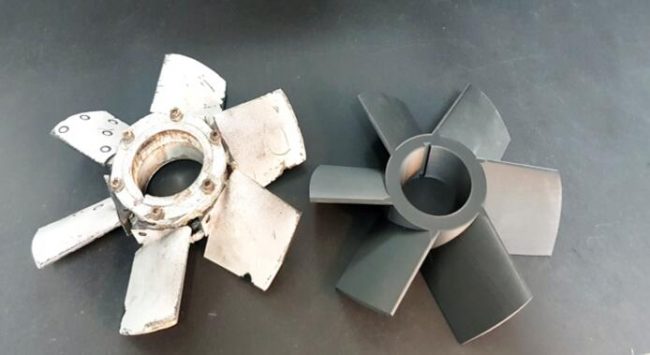 Going forward, Equinor envisions that 3D printing will be the key technology that will facilitate the shift from a physical inventory to a virtual warehouse.

It would be particularly beneficial to have 3D centres equipped with digital inventory near the supply bases along the coast. This will ultimately allow certain components to be delivered faster, and potentially cheaper than it’s done today.

In the world of consumer goods, consumer expectations and shopping habits are changing at an exponential rate.

To keep up with the changes, L’Oréal, arguably the largest personal care brand in the world, has begun its digital transformation, driven by 3D printing among other technologies, in a bid to reduce time to market for new products.

And this explains the rapid evolution of the technology at L’Oréal.

While the company has been using 3D printing for more than 27 years, the applications were mainly in the field of rapid packaging prototyping. However, since 2018, the use of AM at L’Oréal has expanded significantly.

Over the last few years, 3D printing at L’Oréal has become a critical technology for functional prototypes, components for automation lines, spare parts and limited series of directly 3D-printed packaging.

To speed up the digital transformation, L’Oréal has already equipped 25 of its 40 global production facilities with AM technology, including both polymer and metal machines. 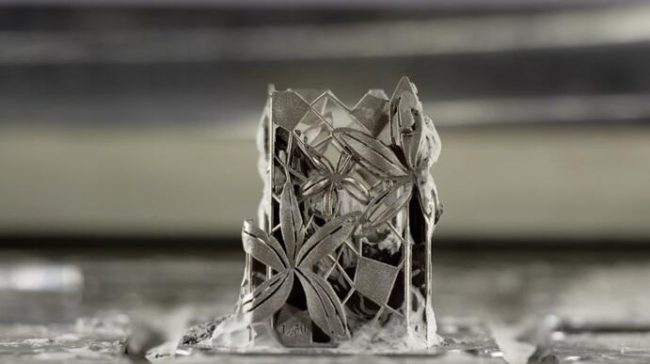 L’Oréal aims to increase the use of 3D printing for similar applications, with the ultimate goal of creating new experiences for its consumers.

Moving forward, adopting AM could be the key to maintaining its long-term success in a rapidly transforming manufacturing and retail landscape.

Global medical device manufacturer, Medtronic, has been extensively using 3D printing in the development of its devices for many years.

Applications include not only prototypes of devices but also 3D models of various human anatomies that enable product-designers to learn how to improve the way their devices deploy and operate inside the body.

Medtronic has also recently started using 3D printing beyond prototyping, and the progress it has made in this area is impressive.

In 2018, the company launched a 3D printing platform, TiONIC Technology, with the aim of enabling more complex designs and integrated surface technologies for spinal implants. 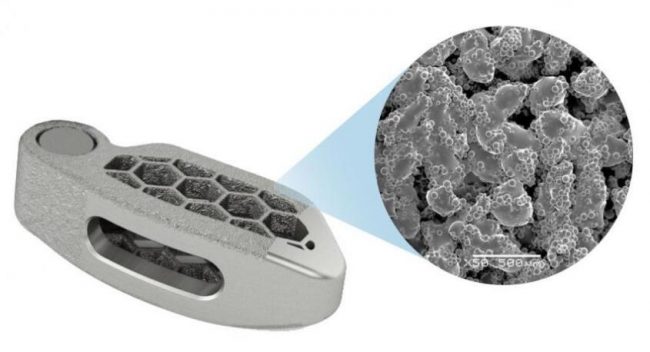 This has led to the launch of a complex titanium spinal implant, the ARTiC-L Spinal System, which incorporates a honeycomb structure to encourage osseointegration, a process which allows an implant to become a permanent part of the body.

Another area of focus for Medtronic is the combination of 3D printing and regenerative medicine. This combination will allow Medtronic to create bioartificial tissues and, ultimately, implantable organs.

German railway company, Deutsche Bahn, has been one of the pioneers in adopting 3D printing for train maintenance.

Over the past four years, Deutsche Bahn has printed more than 10,000 parts for more than 130 different use cases. Among them are coffee machine parts, coat hooks, steering wheel covers, headrest frames and even Braille signposts for blind travellers.

Most parts can no longer be available, making it difficult to procure them and causing a month-long vehicle downtime.

One example of such a part is a wheelset bearing cover for a Class 294 locomotive. This model was put into service in the 1960s and 1970s, and spare parts for some components, like this cover, are missing.

AM was an obvious alternative, as it was able to create this part faster and on-demand. The company turned to a service bureau, which 3D-printed a bearing cover using Wire Arc Additive Manufacturing (WAAM) technology.

Through this membership, the company aims to push the adoption of AM in the railway industry. One of the recent achievements of MGA includes the first-time approval for use of a 3D-printed brake suspension link, a highly-loaded part that works within the brake unit of a train.

Given the recent developments, Deutsche Bahn’s use of AM looks set to accelerate, further increasing the application of 3D-printed components and spare parts in the railway sector. 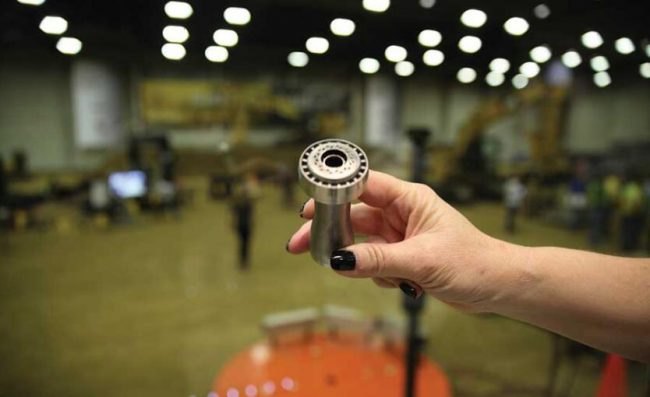 Caterpillar, the leading manufacturer of heavy equipment by revenue, began using 3D printing in 1991 with an SLA machine and has gradually expanded the use of the technology for prototyping applications over time.

In 2016, the firm launched its Additive Manufacturing Factory, which, at the time, hosted 10 industrial 3D printers, including a Carbon M1 resin 3D printer. Next year, the company began 3D printing its first end-use part, a fuel swirler, through its Solar Turbines subsidiary.

In a partnership with FIT AG, Caterpillar is 3D printing aluminium and titanium parts. That three-year agreement was announced in 2017 and we have yet to hear about its outcome.

By 2018, Caterpillar had reportedly released over 80 3D-printed parts, not only to help their supply chain but also to take advantage of improved designs.

For its customers, 3D printing at Caterpillar helps to produce replacement parts for older machines. Sometimes customers have older machines with parts that aren’t readily available. With AM, the AM team can print difficult-to-acquire parts in a matter of hours, instead of the weeks or months that it might take to get them through normal channels. 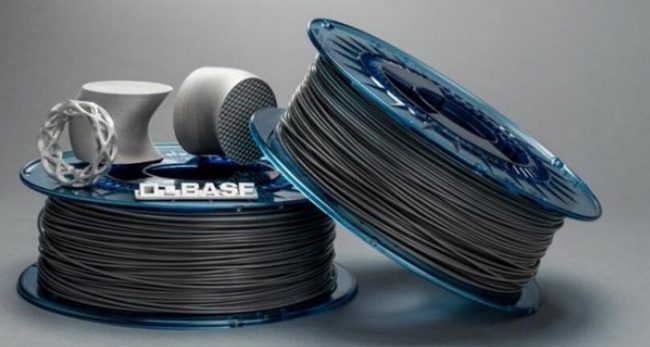 One of the world’s largest chemical producers, BASF develops and provides a wide range of 3D printing filaments, resins and powders within its expansive material portfolio.

In 2017, BASF went even further by forming a wholly-owned subsidiary, BASF 3D printing Solutions GmbH (B3DPS), to grow the company’s business field in the 3D printing industry. Last year, BASF announced that B3DPS will be changing its name to Forward AM.

However, BASF’s involvement in the 3D printing industry isn’t limited to just materials development. BASF has made several investments into 3D printing businesses over the years and last year also acquired one of the largest French 3D printing service bureaus, Sculpteo.

Clearly, BASF sees a bright future in 3D printing. With the continuously increasing sales of professional 3D printers, all of these systems will ultimately require powerful, quality polymer materials to be of best use – and BASF has been paving the way for becoming one of the key solution providers.

The fact that many Fortune 500 companies are adopting 3D printing is a clear testament to their willingness to invest in emerging, potentially disrupting technologies.

What is also exciting is the desire of the companies featured in this list to drive 3D printing’s industrialisation – through the development of new applications and materials, industrial collaborations and the support of rising startups.

The 3D printing journeys we’ve highlighted also provide some guidance for companies only just beginning to consider the technology: start small, with applications like prototyping models and tooling. This helps to balance the benefits against costs, while gradually increasing your expertise in AM.