NewPro3D recently joined Henkel’s Open Materials Platform with the goal of providing additive manufacturing solutions at production scale. Working collaboratively, the companies are combining their areas of focus to create next-level solutions for the medical industry. With Henkel’s expertise in materials and NewPro3D’s innovation in 3D printing equipment and software, the companies are enabling new applications in anatomical modeling, prosthetics and more. 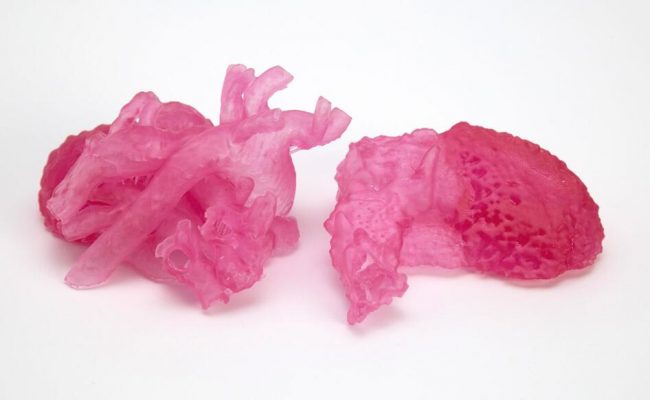 Application example of the collaboration of Henkel and NewPro3D: soft tissue anatomical model of a heart. Image via Henkel.

“We’re excited to work with NewPro3D to develop applications which can have a life-altering impact for so many people,” says Henkel’s Head of 3D Printing Materials, Sean Dsilva. “Our goal with additive manufacturing is to drive production at scale. While that’s a potential game-changer in all the markets we serve, perhaps nowhere is it more important than in the medical industry, where lives are literally at stake. It’s very gratifying for our team to play a small role in improving the outcome for those in need.”

NewPro3D and Henkel will be showcasing some of these applications at the 2020 MD&M West Conference, which is being held at the Anaheim Convention Center in Anaheim, CA, beginning on February 11th.

As highlight at the MD&M West Conference exhibit the companies will showcase an anatomical model of an infant’s skull. In this particular case, the child was afflicted with a syndrome that caused misalignment of the anterior mandible. To correct the issue, doctors must lengthen the mandible to approximate the maxilla. The model serves an invaluable role, helping the surgical team more accurately measure the defective position and identify areas where a device can be anchored to lengthen the mandible, in addition to helping them more easily visualize the overall position of other cranial bones.

“3D models help surgeons and proceduralists get better context and therefore improve their planning and performance,” says NewPro3D’s Chief Operating Officer, Gabriel Castanon. “3D printing should be looked at as a way to reduce risk and improve outcomes.”

In this particular example, doctors with the use of this helpful tool, were able to develop a treatment plan that involved the construction of an osteodistraction device that was placed in the body of the mandible. As dictated by the treatment plan, the apparatus featured external screws, which were rotated daily to a prescribed number of revolutions.