The world of engineering has never been stagnant. Advancements in technology and the emergence of advanced manufacturing have been driving forces for innovation and catalysts to an ever-changing industry; consequently, it demands that engineers are equipped with the tools they need to remain at the forefront of this dynamic field.

However, the ability to achieve unprecedented part complexity has overextended conventional CAD tools. Making modifications to a design, such as simply applying a fillet or round between nodes, beams and connecting bodies can be tedious and quite often impossible with traditional tools. This low-value added work slows down the engineering process, inhibits true innovation, and stifles an organization’s ability to maintain a competitive edge.

The answer to this problem lies in automation. Performing low-value added tasks is first a matter of a system’s architecture and its ability to handle these tasks, and then programming it to repeat operations in the background.

That is exactly the approach nTopology has taken to solve the problem of low-value added tasks. While there are several types of tasks nTop Platform has addressed, we’ll focus on automating filleting. Because of the underlying data structure behind 3D model representation in nTop Platform, operations traditionally seen as risky or fragile simply do not fail. As a result, large scale fillet operations can be condensed to a property or variable as part of a separate modeling operation. 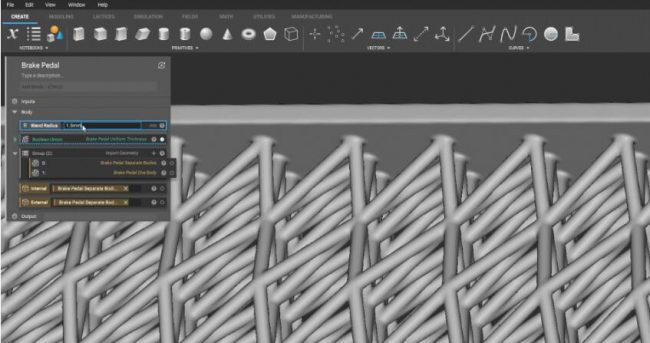 Changing a blend radius parameter in nTop Platform applies a fillet between the nodes, beams, and connecting bodies in seconds and without failure.

For example, when lightweighting a part through shelling and latticing techniques, from a DfAM perspective it is important to have a solid connection between the lattice and outer skin (to prevent delamination). This can be achieved through fillets where struts connect to the skin. Traditional 3D representation first requires a selection of all intersections, then it can attempt to create rounds at all locations. Engineers know the pain and frustration this can bring, not to mention the aggravation of a rebuild error when new fillet values simply will not rebuild. By enabling nTop Platform’s advanced computational methods, even inputting large fillet values, which would normally cause a model to completely fail within a traditional CAD environment due to interior surfaces colliding and intersecting, are made possible. nTop Platform eliminates the fear of model tree failure and will always return a valid, solid model. 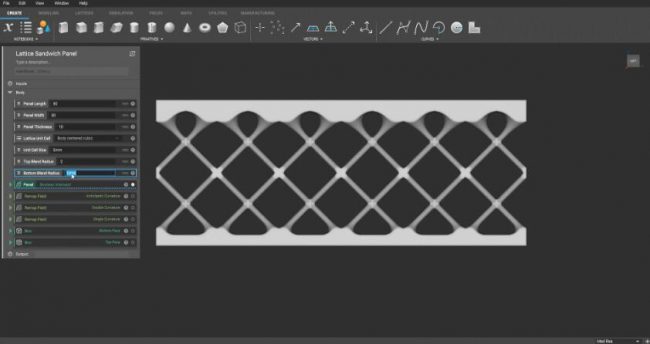 Large fillet values, traditionally causing a model to complain and a model tree to fail, are made possible within nTop Platform.

nTop Platform facilitates a system where automation thrives and engineers can quickly evaluate new concepts. By leveraging the advanced design controls, it’s possible to automate filleting operations, reliably fine-tune a model in a matter of seconds, and continue undistracted with the goal of rapidly determining the best product variations possible and designing innovative parts faster. 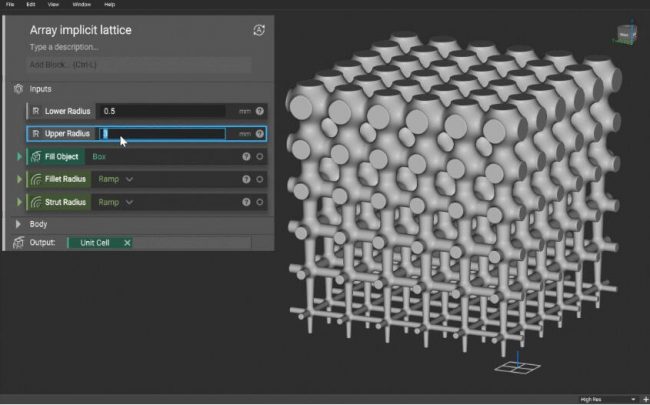 The above image shows automated filleting driving through one parameter the fillet size across nodes within a lattice structure, and also varying the size when moving from the bottom to the top of the structure.