Companies like Boeing, BMW, GE and others are printing tens of thousands of parts for planes, cars, turbines and other machines. 3D printing allows designers to combine dozens and sometimes hundreds of parts into a single component, print it layer by layer from a metal powder directly from a computer file, and achieve new levels of performance and efficiency. But the parts, which would be difficult or impossible to make via traditional means, can be complex in the extreme, very dense in some sections and difficult to inspect.

Recently, some 140 customers from as far away as Japan, South Korea and China — home to some of the world’s largest industrial factories and supply chains — came here to check out the site, which spreads over 26,000 square feet, almost half the size of an American football field. The BHGE inspection unit is planning to open similar facilities in Asia, the U.S. and Europe in the future. But in the meantime, the Cincinnati facility will work with these and other customers, including its neighbor GE Aviation, to develop inspection services, training and application development programs that will allow them to inspect every single part they make without slowing down the production line. “This is by far the largest and most prominent center we have,” says Laubenthal, who is based in Germany. “Literally all our technologies are here, and we’ve also got training facilities for customers. In that sense it is unique, but it’s clearly something we want to build out across the globe. We want to be where the global supply chains are and where the industries are that we serve.” 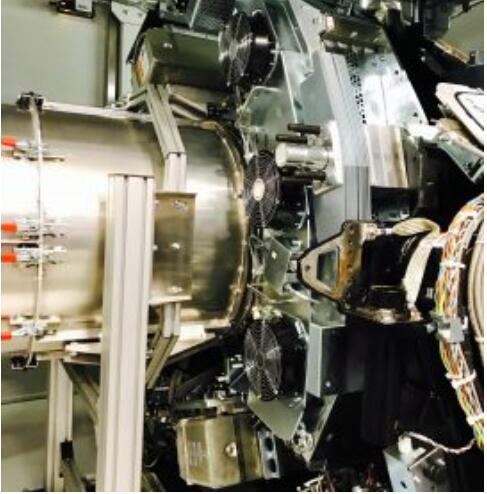 The inside of the place looks like a proper hospital for machines. You’ll find high-energy versions of CT and X-ray machines that can peer through inches of steel, as well as handheld ultrasound systems used to inspect the carbon-fiber bodies of the latest passenger jets. These inspection technologies have wide applications. Inspectors use them to assess engine parts in the aviation and car industries, as well as motherboards and batteries in the electronics industry, but some customers have used them to monitor the quality of dental implants — or even to peer into ripening blocks of cheese. On occasion, historians have used such technology to study art and see if old paintings hide an even older version underneath, and to decipher a 1,600-year-old scroll. “The diversity of customers brings so many diverse applications,” says Arungalai Anbarasu, the general manager for radiography and CT for BHGE. “It allows us to provide customer benefits in so many different ways.”

Anbarasu said that some customers focus on high-image resolution while others, especially in the car and aviation industries, want to inspect every part. This can be tricky because such meticulous scrutiny would take too long and jam up the production line. But she said that her team recently used BHGE’s advanced tech to help a carmaker shrink the duration of a particular inspection step from eight hours to four minutes and significantly boost the number of parts inspected. “Inspecting a large number of parts early allowed them to reduce scrap by 50 percent,” she says. “Can you imagine how exciting that was for them?” 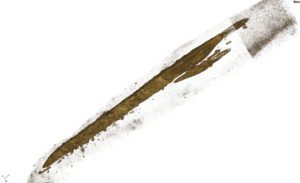 Anbarasu says that BHGE’s Inspection Technologies could speed up the process so much by relying, in part, on sensors and software. Engineers at the company are working on machine-learning systems that can process tens of thousands of images per day. “Imagine you take 50,000 scans a day — do you want to have 10,000 people sitting in front of screens to look at those?” says Matthias Heilmann, president and CEO of BHGE’s Digital Solutions division, which includes Inspection Technologies. Heilmann, Laubenthal and their teams are working to develop machine-learning algorithms to automate image inspection. “We’re talking failure detection in three dimensions, where you need to understand the interdependencies between different layers,” Heilmann says. “These are the biggest challenges for the industry, speeding up the rendering and then automating the image recognition.” He continues: “When it comes to reliability and product safety, our ultimate view of the world is that 100 percent of critical parts will go through a scan. That’s the future I’m seeing.”

The teams works with GE’s Healthcare business, which built its first X-ray machine in 1896 and has been making scanners since, and GE Global Research scientists, who helped invent modern medical imaging — two of them, Irving Langmuir and Ivar Giaever, even received Nobel Prizes for their work. “Today, everybody can take pictures,” Heilmann says. “I always find it amazing that BHGE does stuff that truly matters and hardly anybody else can do.”

GE acquired the first pieces of its Inspection Technologies business more than 20 years ago and in 2017, it became part of BHGE’s Digital Solutions unit. The unit has acquired a number of successful businesses like Bently Nevada, which makes sensors and condition-monitoring technologies, and builders of imaging equipment like Seifert and phoenix|x-ray. The latter is making CT scanners capable of producing photons with energies reaching 140 kiloelectronvolts (keV), many times the power of similar machines working in hospitals. But Anbarasu’s team is already thinking about machines operating at 6 megaelectronvolts (MeV), enough to penetrate even the densest 3D-printed parts.

Anbarasu, who studied nondestructive testing at Georgia Tech, joined GE 13 years ago and spent years at the company’s research labs and other industrial businesses at GE globally before Laubenthal picked her to lead the industrial CT inspections and radiography systems. She has many of the qualities he prizes in his leaders, like curiosity. “You have got to think a bit outside of the box,” he says. “Understanding core technologies is helpful, but you also have to have an open mind for new stuff because this field is constantly evolving.”