The co-founder of a Tempe company calls 3D printing the “new industrial revolution,” changing the way manufacturing is done — individually and in mass production — and maybe even space travel.

PADT, situated in the ASU Research Park off Loop 101 in Tempe, opened in the early 1990s when 3D technology was in its infancy. Today, the company of 95 employees prototypes products from airplane components to medical devices and is negotiating a $125,000 grant with NASA to explore how 3D printing can improve spacecrafts.

Eric Miller, co-founder of PADT, and Dhruv Bhate, an associate professor at Arizona State University, are part of the team from the company and university that plan to see if 3D printers can mimic structures found in nature. The idea is that certain natural structures can be lighter and stronger, which would be ideal for space travel.

The research is just the tip of the iceberg for the future of 3D printing, Miller said. Already, an Illinois company is trying to print a human heart and a company in North Carolina is 3D printing prototype kidneys. Three-dimensional printing differs from traditional manufacturing as no molds or milling are needed.

But 3D printing isn’t just for companies. A Chandler couple offers 3D printing at a local mall, allowing people to print designs, from jewelry to statues of themselves based on a computer scan.

Miller, an engineer in the 3D printing business for more than 30 years, says its boomed in the past 6 years. “It used to be our little secret,” Miller said. “Now my aunt sends me articles on 3D printing.” 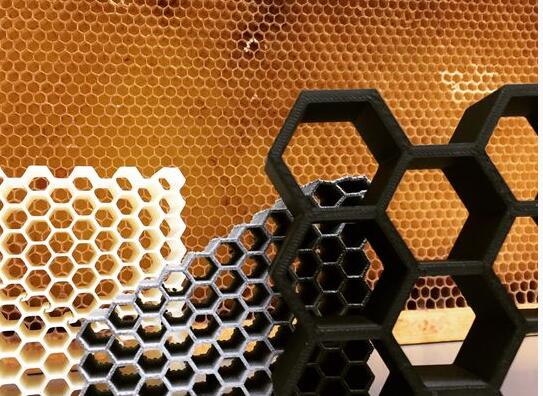 Bhate works at Biomimicry Center at Arizona State University, which studies how nature can lead to improve man-made designs.

The field of biomimicry explores natural systems, processes and forms. The NASA research will focus on form.

“There are shapes in natural structures that we can’t get at in normal engineering,” Bhate said, adding that 3D printing allows for more complex structures such as honeycombs without the need for multiple molds or sculpting.

Honeycomb structures are important because they’re strong and lightweight.

The project will add to another NASA project called the Periodic Table of Life, also known as PeTaL, which aims to “aid in the discovery of nature-inspired solutions to human design challenges.” 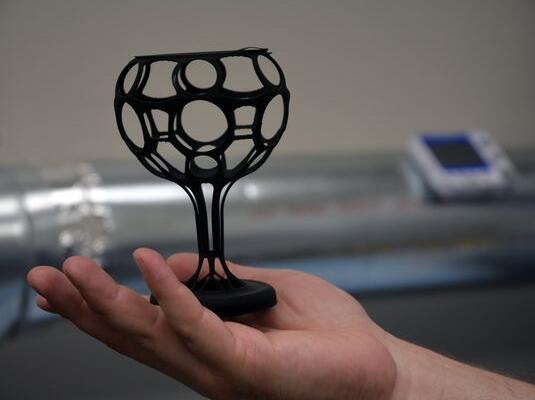 Beyond space research, PADT is partnering with Silicon Valley based company Carbon to provide on-demand 3D printing, which would lower manufacturing costs.

For example, to traditionally make a plastic pipe fitting, a manufacturer would have to make multiple molds, pour the material into the mold and then assemble it.

PADT’s 3D printers can make the plastic pipe fitting all at once in a matter of hours, Miller said.

Most 3D printers also build things in steps, but the printersthey use allow for a continuous build, meaning that products can be more complex and don’t have to be boxy in appearance, he said.

The facility, part of their Tempe offices, is the first 3D printing factory in the Southwest, Miller said.

“The way people use 3D printing is not what we predicted,” Miller said.

Companies such as Starbucks have turned to 3D printing to replace small components in blenders that would’ve cost thousands of dollars to replace by traditional means.

Now they can just scan what they need into a computer and tell the printer to make the number they need.

“It allows for greater customization and creativity in products,” Miller said.

3D printing to the people 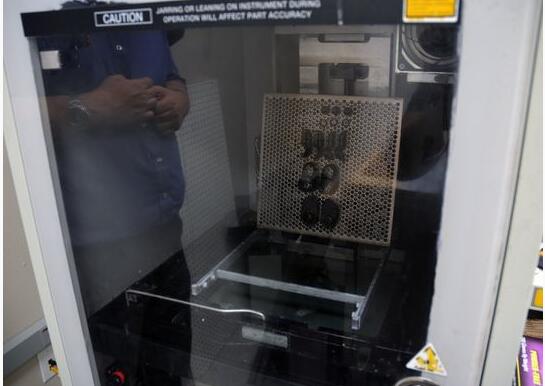 A PADT 3D printer finishes up making some components for a company. (Photo: Jerod MacDonald-Evoy)

Alisa and Jason Yocum, who own Stax3D in Chandler, also do 3D printing for customers from Orbital ATK to Intel, but they wanted to open the technology to others beyond the high-tech world.

So they opened a store at Chandler Fashion Center three years ago.

They sell more affordable 3D printers and allow customers to use their printers, whether for serious designs or fun options such as completing a 3D scan of oneself that is then printed out like an action figure.