Rapidia Inc., headquartered in Vancouver, will be showing off their new metal binding system at RAPID+TCT in Detroit next month from May 21-23 (booth 533). Offering a new and easier ‘office-friendly’ way to 3D print and performing additive manufacturing processes with metal, Rapidia is releasing a metal binding system that eliminates loose powder from the quotient.

Water is used to bind the metal powder, rather than a boiling solvent—and the operator can place the fabricated part into the sintering furnace after printing. The concept is meant to streamline the metal 3D printing process, removing industrial complexities that could make it difficult to work within a non-factory atmosphere. The Rapidia system plugs into a regular electrical outlet like you would use for your stove at home and produces very little waste.

In skipping over the debinding step, users do not have to worry about inhaling any loose powders—and while this is a concern in an industrial atmosphere too, precautions are more routinely taken and are expected. In an office situation, that may be more of a process to get used to, and because the dangers are real in dealing with loose powder, lab coats, gloves, and eye protection should be used. Loose powder should not be able to absorb into cuts or get into the eyes, and there could also be risk of poisoning or explosion and exposure to fire or chemical burns. 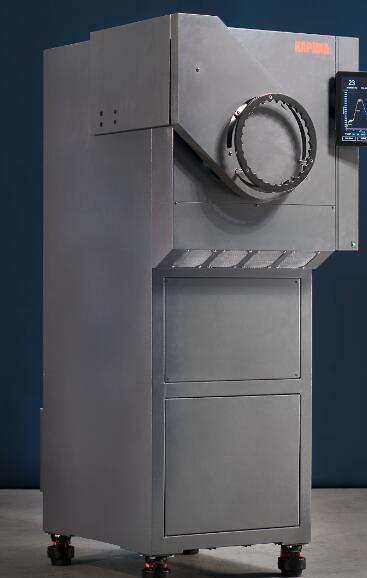 The Rapidia metal printer offers two independent printheads that can be used with metal that is water-based, ceramic materials, or a paste material which is safe and environmentally friendly. The sintering furnace is safe and user-friendly, and offers the following features:

“At Rapidia, a key realization was that because 3D printing takes an order of magnitude more time than metal injection molding, it is possible to bind the metal powder with water instead of polymers, since most of the water simply evaporates away during printing,” states their most recent press release. “While Rapidia was not the first to consider this process, it is the first company to bring to the market a complete solution utilizing this process while adding several further advantages not possible with the polymer binding process seen in other metal 3D printers.” 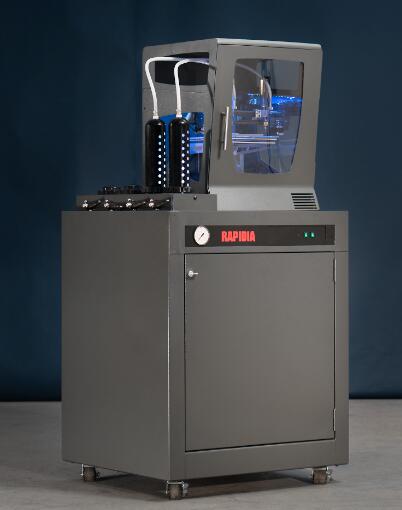 While everyone may want to get in on the 3D printing action—and especially in its most powerful form with metal—the process may be easier thought about and talked about than used. Outside of an intensive factory setting, dealing with materials can be both an intricate and sensitive matter, mainly because metal powder requires careful handling. There is also the concern of safety and toxicity, with researchers performing multiple studies recently regarding problematic 3D printing emissions.