Extremely Durable and Strong Parts, Formlabs is Democratizing the Method of 3D Printing with Fuse 1

Formlabs, once a Kickstarter-funded startup out of MIT that five years ago released the world’s first desktop stereolithography (SLA) 3D printer, has just redefined who can take advantage of professional Selective Laser Sintering (SLS) by announcing the Fuse 1, a $10,000 professional 3D printer that build-for-build matches up with machines 10 to 30 times more costly.

While the Cambridge, Mass.-based company’s best-selling Form 2 is a SLA printer, using UV light to cure photopolymer resins as the build rises from the resin pool, the Fuse-1 employs a laser to melt a bed of nylon powder layer-by-layer to create whatever shape your CAD design calls for.

Formlabs also announced the launch of the Form Cell, an automated way to bring a part from file to finished part using a robotic gantry system and the Form 2, which has six photopolymers ranging from clear resin to tough to flexible.

The Form Cell automates for lights out printing capabilities.

The Fuse 1 so far has created everything from consumer electronics prototypes such as a hair dryer to a drill grip. This leads to possibly the greatest advantage of a cost-effective SLS printer: the ability to whip up a custom end-use part. The Fuse 1 has two materials, Nylon PA 11 and 12, and can complete a build in 24 hours. 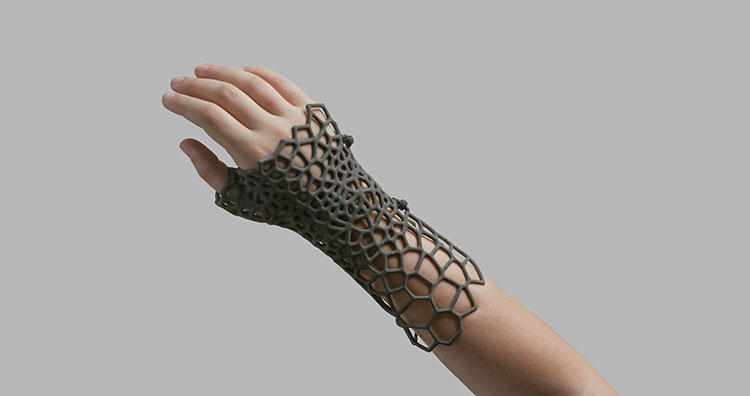 This nylon flexes bends rather than breaks, opening up opportunities for anyone shop or small business to leverage the same 3D printing capabilities of giant companies who can drop more than a $250,000 on a 3D printer. 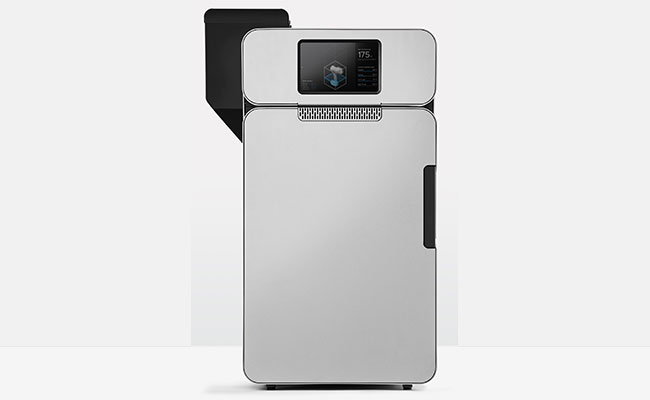 The Fuse 1’s flexible and sturdy Nylon materials can be quite handy if you sprain your wrist.

Democratizing this method of 3D printing, which results in extremely durable and strong parts you can use for functional prototyping and low-volume end use, has been the company’s master plan.

“We often compare ourselves to Apple, because we’re bringing the accessibility, the price point and the usability down to the place where we can we can open up to a huge swath of people,” says Dávid Lakatos, chief product officer.

He cites that approximately 35,000 to 100,000 professional 3D printers have been sold, while Formlabs alone has shipped 25,000, with 96% being used for professional work. 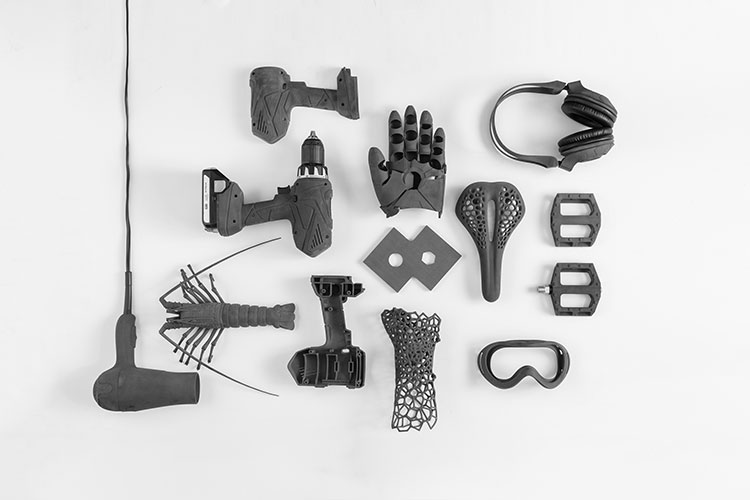 – Complete package at $19,999, which along with the printer will include a post-processing station with material recovery, an extra build piston for continuous usage, and initial material load.

– Available materials include Nylon PA 12 and PA 11 materials, the industry standards for strong and durable functional prototyping and end-use parts

– SLS produces the least expensive per-part cost in 3D printing and enables the production of large, geometrically complex prints without any supports

In some cases, it has exceeded injection molding, Lakatos says, because the SLS can print one geometrically complex part whereas it would require three injection-molded pieces. The Fuse-1 has already gone out to at least 30 companies, including Google.

“SLS technology enables designers and engineers to accelerate their prototyping process by combining realistic material properties with the minimization of 3D-printing design constraints,” said David Beardsley, manager of Google ATAP Skunkworks. “With the Fuse 1, a combination of high precision parts, reduced cycle time and robust materials allow teams to easily iterate throughout the design process and accelerate from whiteboard to final parts.”