Treating cancer can be a challenging process that is often highly taxing on the patient being undergoing therapies. Because there is no way to know what types of therapy will be most effective for a given patient’s case, there is still an element of trial and error that comes into play—meaning that patients sometimes undergo various types of treatment before the most effective therapy is found. For obvious reasons, many biomedical researchers are looking for an alternative solution.

Recently, a team of MIT researchers revealed it was developing a 3D printed microfluidic device that is capable of simulating cancer treatments on biopsied tumour tissue. This novel approach could make it easier for medical professionals to test a patient’s response to a given cancer treatment before administering it.

The new approach could also present an alternative to other, more recent advances in the pharmaceutical industry, such as growing artificial tumours to test specific cancer drugs—a time consuming process that is not customized to a given patient.

The device developed at MIT is a small microfluidic chip that the researchers say can be 3D printed in about an hour. The device integrates three chimney-like cylinders which function as ports to inject and drain fluids. To use the device, a fragment of tumour is placed in a chamber in the chip that is connected to a network of channels. These channels deliver fluids, such as immunotherapy agents or immune cells, to the chamber to test how the tumour responds to them.

The 3D printed microfluidic device is fabricated from a biocompatible resin that promotes the survival of the biopsied tumour fragment. The researchers say this material is better than existing 3D printed microfluidics used for drug testing. In fact, the MIT team found that its 3D printed device was able to keep more than 90% of the tumour tissue alive for at least 72 hours. 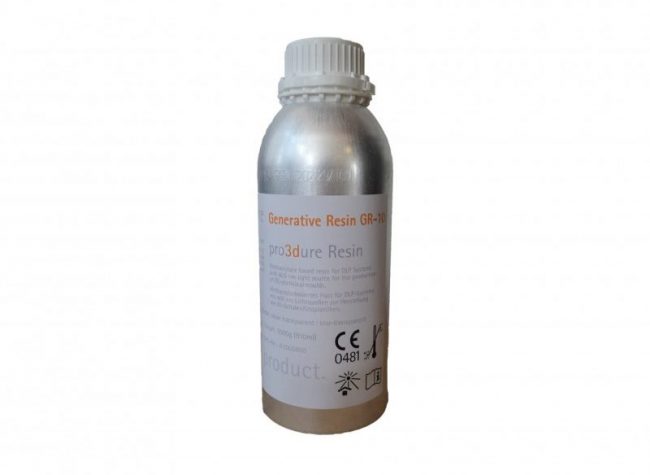 The resin used is Pro3dure GR-10, a transparent material commonly used for making mouthguards to prevent teeth grinding. The researchers experimented using various materials before finding the Pro3dure resin, which offered high resolution and enabled the survival of cells.

“When you print some of these other resin materials, they emit chemicals that mess with cells and kill them. But this doesn’t do that,” explained Luis Fernando Velásquez-García, a researcher in MIT’s Microsystems Technology Laboratories. “To the best of my knowledge, there’s no other printable material that comes close to this degree of inertness. It’s as if the material isn’t there.”

A particularly exciting aspect of the 3D printed microfluidic device is that it is cheap to make and can be fabricated quickly and easily. This means that there shouldn’t be many hurdles in having the technology adopted in clinical settings. The relatively simple devices could also be printed in a series—as a multiplexed device—that could support a number of tumour samples, enabling doctors to test multiple treatments for a single patient at once.

“People anywhere in the world could print our design,” commented Velásquez-García, a researcher in MIT’s Microsystems Technology Laboratories. “You can envision a future where your doctor will have a 3D printer and can print out the devices as needed. If someone has cancer, you can take a bit of tissue in our device, and keep the tumor alive, to run multiple tests in parallel and figure out what would work best with the patient’s biological makeup. And then implement that treatment in the patient.”

The innovative device also integrates two clever elements called the “bubble trap” and the “tumour trap,” which stop damaging air bubbles from entering the inner chamber. In the simplest terms, the traps are integrated into the device’s geometry at key points (adjacent to the inlet port and next to the tumour chamber) to catch and release any air bubbles.

“Because our device is 3D printed, we were able to make the geometries we wanted, in the materials we wanted, to achieve the performance we wanted, instead of compromising between what was designed and what could be implemented—which typically happens when using standard microfabrication,” Velásquez-García added.

The research, recently published in the Journal of Microelectromechanical Systems, could have particularly important applications in testing immunotherapy, which is a new cancer treatment method that uses drugs to boost a patient’s immune system to fight off cancer cells.