AM Insights at formnext: 3D Science Valley interviewed with Marc Saunders, Director of Renishaw AM Applications 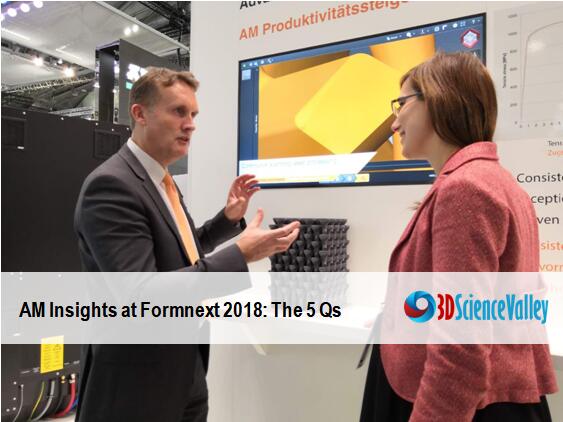 Here we are really talking about combining productivity with quality, because these are the key things that companies are looking at that do parts with metal AM. So we try to combine the productivity of multiple lasers, that allow us to build parts faster and at a lower cost, but also with consistency. So it is really important that every area of the bed produces the same quality, that part after part come out with a very consistent performance. So that companies can achieve consistent products with the parameters and have the confidence to maintain that in series production. So those are really the focus points for us this year. 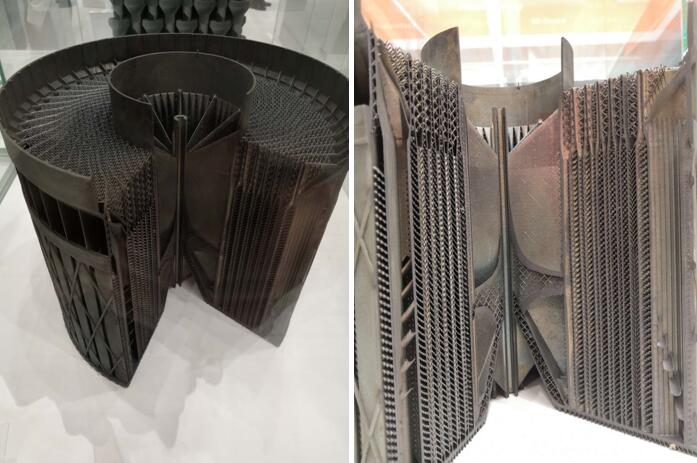 Korinna Penndorf：Are you launching any new machines or new features based on that focus?

Marc Saunders: We are not launching any new machines this year. What we are really doing is demonstrating the performance of the machines we introduced last year. We introduced a few machines last year and we are now backing that up with a whole year’s worth of data on testing, on parameter development work, on fatigue performance. All the questions that manufacturers ask when they are putting parts into production. So you get past the glossy brochure and get down to the real conversation about “Can you make my product? Can you make that to the quality we require? And can you make that to a cost that we require?”. And now we have proof.

Q2: If you compare this year business performance as opposed the last year, how has it been?

We are surely seeing strong growth. We won’t comment on specific numbers, so I can’t give you numbers of machines or turnover, but absolutely we are seeing strong growth and we are seeing a change in the way companies are approaching now. Maybe a year or two ago they were looking at buying their first machine and doing experimentation. Many more companies are at a point right now where they have done that work and they are moving now to their first production implementation, so they are buying a cell of machine, five or ten machines sometimes. So we are seeing much more of that and that is underpinning the growth.

Plus we are also seeing new companies taking their first steps in AM as well. So the early adopters are scaling up and we are now sort of seeing the “early majority” starting to come into the market and realizing they need to get involved, too. 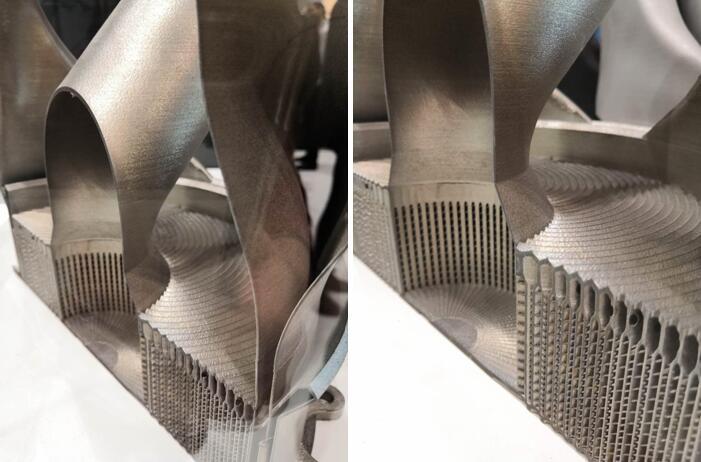 Marc Saunders: Aerospace is at the front of the queue. They are the ones that have made the most progress and they have been working with the technology the longest, so consequently many of the companies moving to production now are in that sector. But we also see heavy use in medical devices which again has been using the technology for some time. But increasingly we are seeing interest from areas like oil & gas, energy generation, from automotive particularly in the tooling arena for automotive but also in areas like consumer electronics and so on. These are some of the newcomers that are starting to realize the product performance opportunities that additive can bring. They are all looking at short design and product life cycles so they might move faster than some of the more regulated sectors like aerospace. So it is going to be interesting to see how some of these sectors will become much more important in additive over the next few years.

Korinna Penndorf：You have these service centres set up around the world that provide services up to small batch production. How has that part been developing?

Marc Saunders: That has been developing very well. We see now some of the early customers that have started on that journey two years ago moving to production. Their facilities are coming online now and they are moving from working on Renishaw premises to their working on their own premises and that has been a successful transition. We are also seeing more companies early on their journey to make use of that, because it gives them the chance to learn, to build a business case before they get to make the big commitment and put a facility, machinery and people all together. By the time they make that decision they have processes ready, employees that are trained and that really helps. So we find that it is not really a consulting process but much more of a joint engineering development. That is the spirit in which we do those projects.

Q3: What are the major challengesas Renishaw that you are currently facing?

I have already touched on that with the key things I mentioned, really bringing the cost per part down and quality is related to that. If you have variable quality you will spend more money on post-processing and certification. Cost per part really comes into productivity and consistency. So we are really pushing those things because that’s going to open up more opportunities for the technology. So far it has been so far quite niche in the sort of applications that made sense, but as we bring those costs down then more and more application areas open up and the business case gets stronger. That is really our mission to do that and I don’t believe we are alone with that in the industry but it is certainly our key focus right now.

Q4: How would you look at the year 2018 for the overall industry: what’s been the major developments and obstacles for the industry?

I think the major development is right now the growth we are seeing in metal additive and we see a lot of new entrances in this field particularly in China where there are manufacturers starting to provide machines. Some of those are quite mature, some of them are new, but they are developing. Also the established players like Renishaw and others are seeing their long-term customers moving towards production. They are moving from this buying one or two machines to buying cells of machines. So there’s a big change in the level of support that they need, the level of performance they expect , reliability – all those things really step up at that point. For the industry we have to raise our game and become much more professional in the way we serve and support those customers as they move into this sort of critical phase. I think that’s the big task.

Also one of the other key challenges the industry is facing more generally is design. One of the huge constraints on the future growth is how many applications, how many companies are opening their minds to what additive can do for their products and realize the potential disruption they can have in their market. So they need to get busy and get designing products that are capable of taking advantage of the capabilities of additive. Not enough companies really grasp that yet. Some of them are, but that going to be the constraint on the industry as a whole is getting that skill set and opening up the imagination maybe of designers to whatthey do with technology.

Korinna Penndorf：So we are talking about a shift of paradigm, shift of thinking for designers and engineers?

Marc Saunders: It absolutely is and of course in some sectors they are traditionally quite conservative and making some of those riskier changes in design is difficult for some firms culturally to adopt. That’s a challenge for the manufacturing industry generally and it’s use of AM. We are trying to help that by providing training and guidance but ultimately that will have to come from leadership in the manufacturing industry saying “We are going to do this! We are going to make it OK to take a risk and try taking a big step forward.”

Q5: How do you think things will develop over the next 5 year

I think we are in anamazing time. This is really a very exciting time to be involved in additive because we are at this sort of inflection point now as we move from people playing with it to people really using it in production.

But we will also see other sectors as I mentioned, consumer electronics, household appliances, more general industrial. Their relative agility in terms of their product life cycle may allow them to become pioneers and drivers in this technology, kind of the same way they have been in machining in recent years. That is, what I think, one to watch out for. We will have to see which of those will come true, but whatever happens we are in for some pretty exciting growth, I think.

Hopefully we will get a lot more examples of companies doing innovative things with the technology. Not just using it as an alternative, but using it to make products that really haven’t been imagined at the moment but will deliver fantastic performance for the customers and ultimately that’s what creates the value that drives this whole sector. So, really interesting time ahead.