Inside a facility near the North Shore University Hospital in Manhasset, New York, a new miniature factory filled with 3D printers sits ready to automatically print out models of a patient’s heart or bones on demand–whenever a surgeon in a larger network of 23 hospitals in the state wants to better prepare for surgery.“The use of 3D printing in medicine allows us to pull the patients’ anatomy off of a computer screen and put it into the physician’s hands,” says Todd Goldstein, director of the 3D Design and Innovation Center at Northwell Health, the hospital network. “This type of technology is a game changer for all parties involved, as it allows for physicians to better visualize the pathology, allows for patients to truly see what treatment is needed, and allows for more precise, patient-specific treatments across almost all specialties.” 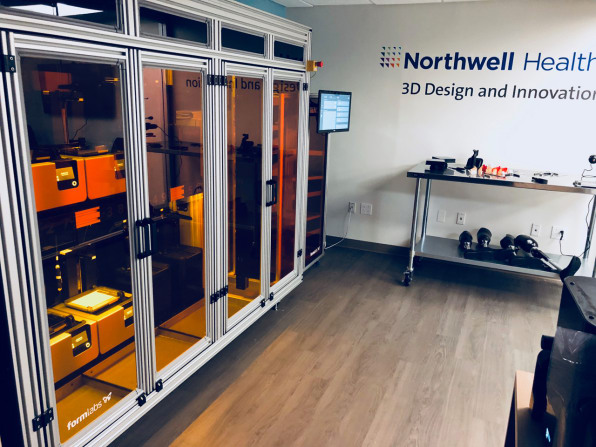 With a 3D model, a surgeon can look at a specific tumor or deformity, for example, and plan exactly how a surgery should proceed before cutting a patient open. That can make an operation safer and also make it shorter; less time on the operating table also means that patients can recover more quickly afterward.

A decade ago, the only options for 3D printers were expensive–hundreds of thousands of dollars–and typically used only for the most complex surgeries, with the printing often outsourced in a process that could make it slow for a doctor to get a model in hand. More recently, as desktop 3D printers have become more common, they’ve been used more often in hospitals. Formlabs, the company that created the new 3D-printing system Northwell now uses, began supplying smaller printers to the hospital network in 2016. But the new system, which combines 10 smaller printers with robotics so the process can happen automatically with less involvement from medical staff, can help the hospitals scale up the use of 3D printing. 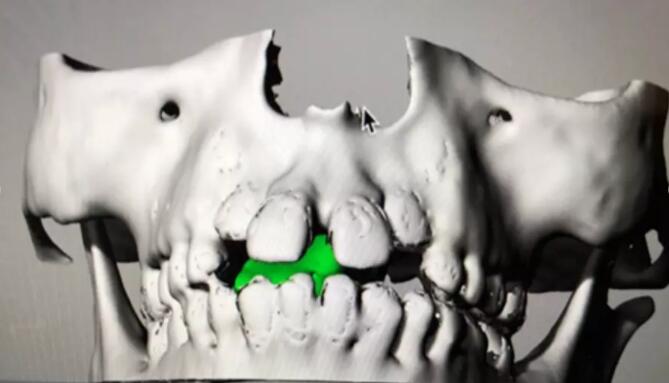 The system, called the Form Cell, takes data from CT and MRI scans and translates them into a replica of a specific body part, which can be used both prior to and during a surgery. “We’re talking about hours saved before a surgery, and even hours in the OR,” says Gaurav Manchanda, director of healthcare at Formlabs. One 2017 study of children’s surgeries found that surgeries were as much as 45 minutes shorter with the use of the models. A study using Northwell data, not yet published, found that using models in complex cases reduced the length of surgeries by about 10%.

For patients, spending less time on the operating table leads to better outcomes; Manchanda says that the doctors using the equipment are finding that infection rates and readmission rates are lower. It’s also better for hospitals, who can see more patients and save costs for each avoided minute in the operating room. If Northwell uses models in 10-15% of its cases, it could save an estimated $1,750,000 a year.
Some surgeons are also beginning to use the models to help patients prepare for a surgery. In one recent case, Northwell doctors used a 3D-printed model for a seven-year-old boy who had a tumor in his palate and nasal cavity. Using the model, doctors were able to meet with the boy and his parents and explain differences in treatments that would have been difficult to understand without a visual aid. “The use of 3D printing helped bridge that gap so that the family could see how each surgery was different while weighing the pros and cons related to both functional and cosmetic outcomes against the risk for disease recurrence,” says Neha Patel, a pediatric otolaryngologist who worked on the case.

The models can’t be used in the most urgent cases, since printing a single model can take several hours. Some doctors are also slow to begin using the technology. “There are sensitivities to convincing very senior experienced surgeons to either change their way of thinking or welcoming an additional tool to conduct a procedure that they’ve done for decades, potentially,” says Manchanda. But it’s likely that it will become increasingly common. Over beta tests this summer, the new system at North Shore University Hospital was used hundreds of times.

“We’re at a tipping point where hospital-based manufacturing and large-scale 3D printing in healthcare is becoming more commonplace and [we] anticipate this to be the new standard of care in the coming years,” says Dávid Lakatos, chief product officer at Formlabs.