LOGAN, Utah — Made In Space, the Silicon Valley startup focused on additive manufacturing in orbit, plans to boost the power available to small satellites with Archinaut, the company’s in-space manufacturing and assembling technology.

“Small satellites have solar panels that produce a kilowatt to a kilowatt and a half,” said Andrew Rush, Made In Space chief executive. “We can give you four to five kilowatts of power.” 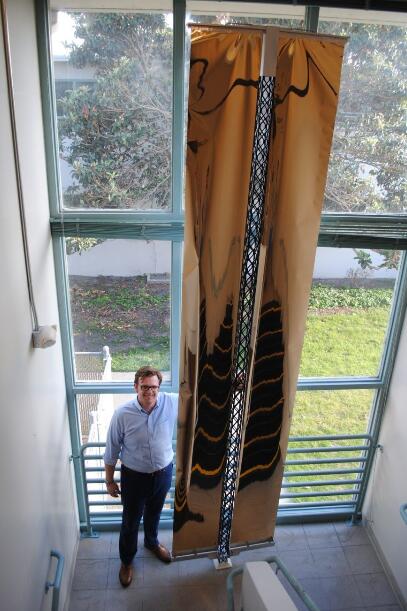 Made In Space proposes launching a 150- to 300-kilogram satellite with a tightly-packed solar cell blanket and raw material needed to feed an onboard 3D printer. On orbit, the satellite would manufacture solar arrays optimized for microgravity.

Solar arrays built on the ground are reinforced to withstand launch forces, stowed to fit in launch fairings and equipped with mechanisms to deploy in orbit. Instead, the Archinaut solar arrays would be designed for microgravity with a core lattice structure and a robotic arm to integrate the solar array blanket.

Some emerging smallsat applications, from remote sensing to communications, demand more power than what solar cells on smallsats typically provide. With Archinaut, Made In Space plans to give satellite developers a way to equip small satellites with solar arrays as large as 20 square meters.

“Being able to provide significant power and surface area to small satellites is important because of the missions it enables: high-duty-cycle synthetic aperture radar, high-resolution radar mapping of the Moon from a small satellite, broadband communications, high-power electric propulsion for small satellite tugs and demonstrators for larger space exploration transport vehicles,” Rush said by email.

Made in Space also is focused on manufacturing satellites in orbit, which Rush called “an area of huge promise for commercial and government customers,” July 25 at the International Space Station Research & Development conference in San Francisco.

In 2016, NASA’s Space Technology Mission Directorate awarded Made In Space and its partners Northrop Grumman and Oceaneering Space Systems a two-year $20 million contract to develop Archinaut, a robotic manufacturing and assembly platform to produce large structures in microgravity. The award was made through NASA’s Tipping Point program, which funds space technologies that promise significant benefits for government and commercial customers through public-private partnerships. Made In Space is seeking a follow-on contract for an on-orbit demonstration of its Archinaut technology, Rush said.

Since it was established in 2010, Made In Space has focused on microgravity manufacturing. The company sent its first 3D printer to the International Space Station in 2014 and a second printer, known as the Additive Manufacturing Facility, to the space station in 2016.

“We are coming up on 200 parts manufactured in space,” Rush said, noting one of the factors limiting the number of parts printed was waiting for an astronaut to take the part out of the machine.

Tags: Made In Space