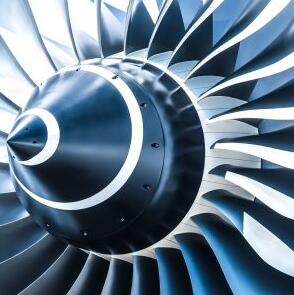 Across the frontier of additive manufacturing, there are pioneers rushing to realize the promise of 3D printed parts, readily made anywhere, anytime – at a fraction of the cost of traditional production methods. However, these pioneers are facing significant technical challenges, especially with 3D printed metal parts.

The US Air Force has taken on these challenges in its quest to boost the readiness of its fleet. It has launched an aggressive program to realize the vision of 3D printing spare parts for aircraft components – including metal engine components – at its depots around the world, while also looking at innovative ways to advance the state of the art in 3D printing of metal parts so its vision can become a reality even sooner.

One of the critical technical challenges for additive manufacturing of metal parts is called “residual strain.” When a metal part is 3D printed using the prevailing powder bed fusion approach, a laser, or electron beam energy source, fuses together particles of metal powder point by point and layer by layer on top of a base plate to form the complete object. During the course of this process, the powder is melted and re-solidified with each layer. This constant heating and cooling of the part results in expansion and contraction that can cause the part to crack, shatter, detach from the substrate, or harbor internal weakness that causes the part to fail in use.

According to Ryan Benyshek, North America Industry Process Consultant with Dassault Systèmes and an award-winning expert in 3D printing, “Residual strain can result in a failure rate of 50% in 3D printed metal parts.”

The Air Force Research Lab (AFRL) along with industry consortium America Makes recently mounted a challenge to leaders in the metal 3D printing field for the Improved Understanding of the Internal Structure and Resultant Performance of Metallic Components Produced by Additive Manufacturing, including the issue of residual strain.

Dassault Systèmes was declared the winner with its full build-plate level simulation methods and tools available in its 3DEXPERIENCE platform. Ryan Benyshek led the Dassault Systèmes response to the challenge.

“We achieved a 3-sigma confidence level of 99.3%. This ability to accurately predict residual strain will allow an organization to optimize the design of its 3Dprinted parts and avoid the expense and delays associated with the current failure rate in 3D printed metal parts. It’s truly breakthrough technology.”