As key suppliers of the car industry, many foundries are under threat due to the current growth in e-mobility. The reason is, that the demand for castings for an electrically powered vehicle is significantly lower than for a conventional combustion engine. But voxeljet, the experts in industrial 3D printing, researched the application of 3D printed sand molds and metal casting for an electric vehicle in China. With this case study, the innovative Research and Development department of the Asia-Pacific Division, led by Jin Tianshi, Managing Director voxeljet China, has gathered important information from major clients regarding their experiences in the field of industrial 3D printing for sand molds and the production of cast parts for electric mobility. 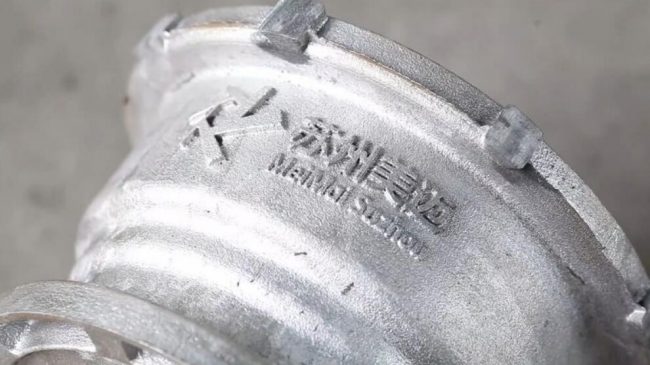 To improve the performance of their electric engines, the customer of the Chinese foundry MeiMai Fastcast Suzhou Co. Ltd turned to voxeljet. The mission: The first generation of their electrical engine did not meet the demands of various passenger cars. A research engineer from MeiMai Suzhou: “We had to make major improvements very quickly and therefore had to test numerous variants of the e-motor housing. Using conventional molding methods, the development of the new housing would have been extremely time-consuming. Thankfully we came across voxeljet’s 3D printing process for the tool less production of casting molds.”

Voxeljet 3D printing to increase flexibility and save time

“Increasing design flexibility and saving time were the critical factors, that made MeiMai Suzhou approach us,” recalls Tianshi from voxeljet. “Because the conventional process for manufacturing housing parts for prototypes of electric car motors simply took too long.” By utilizing 3D printing, MeiMai Suzhou was able to complete the project before the set deadline. The whole project involved the manufacture and testing of various design iterations, the complete collection of data on the different components. Using conventional molding processes, the project would have taken up to two months. With additive manufacturing, the team of MeiMai Suzhou was able to complete the project within just three weeks.

Another advantage of the 3D printing process, besides the rapid production of the molds, was the cost efficiency for small batches. Since the 3D printing process doesn’t require any tools, small batches can be produced with a dramatic cost-benefit. In addition to this, voxeljet’s high-precision industrial 3D printing systems ensure very low waste or scrapping rates, because when using conventional methods and a tool for molding, any changes on the prototype would require a hands-on revision of the tool or a completely new one. With 3D printing, any changes can be carried out digitally and a new test mold can be printed and casted. 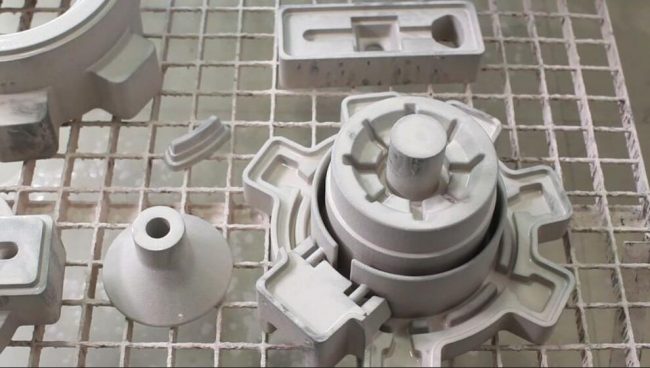 To protect the component from casting defects, the printed sand molds are infiltrated with a ceramic coating.

“The post-production of various types of motors can be carried out much quicker and therefore shortens the product development cycle dramatically,” says Tianshi. “For example, both type A and type B can be installed and tested at the same time, and then the higher performance or more efficient version can be selected for mass production.” 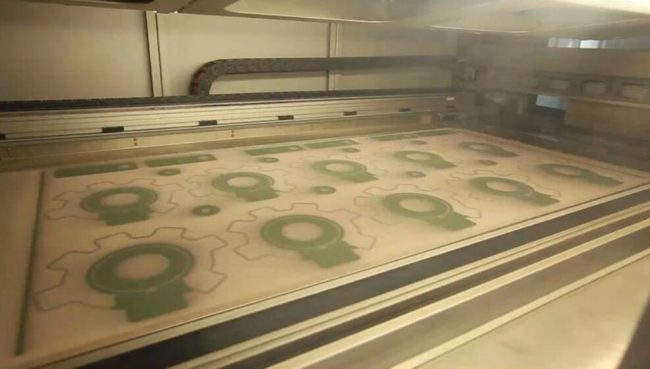 The 3D printed sand molds in a VX2000 jobbox. The VX2000 is the second largest 3D printing system from voxeljet.

However, industrial 3D printing does not have to be used just for electrical engine housings. The Chinese foundry MeiMai Suzhou is already experimenting with the production of sand molds for retarder and controller housings, various brackets, support frames and several other components that play a key role in e-mobility. Jin Tianshi says, “The whole process makes it just so much easier to build prototypes.”

Voxeljet 3D printing allows for part optimization: from topology optimization to durability and performance, as well as weight savings 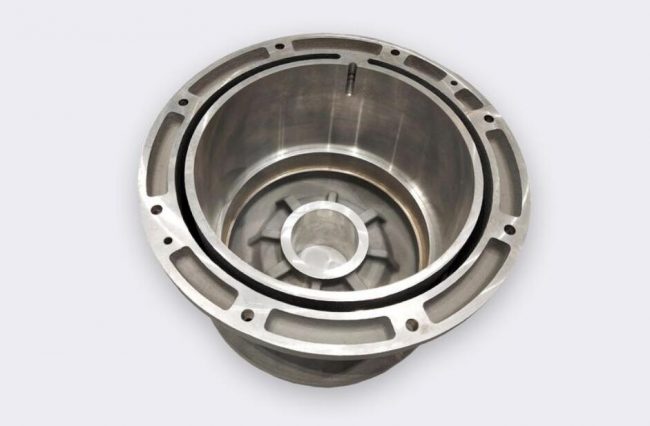 In addition to the rapid realization of the engine parts, MeiMai Suzhou was able to improve its motor performance by intelligently optimizing the designs. “The durability of the components can also be influenced. As a next step in the housing development, we will also tackle weight reduction through topology adjustments such as the position and height of the outer reinforcing ribs,” says Tianshi happily. “Thanks to 3D printing, e-mobility is a real opportunity for foundries!”